While it’s often said that a kitchen has the power to sell a home, the new Toorak development The Springfield has taken that idea and built an entire block of apartments around it, recognising its pull for potential buyers.

“The kitchen is one of the first places that people inspect and need to know functions well. It is very like the idea of the fireplace in a home as it’s the place where people come together. There is warmth and there is a magic about it that draws people back. Some of the fondest memories we have are of our mother’s favourite recipe and the chats that occur around the island bench. When all this comes together with a strong aesthetic and a high degree of functionality people find it easier to make the decision to buy,” says the project’s architect Tisha Lee of K2LD Architects. 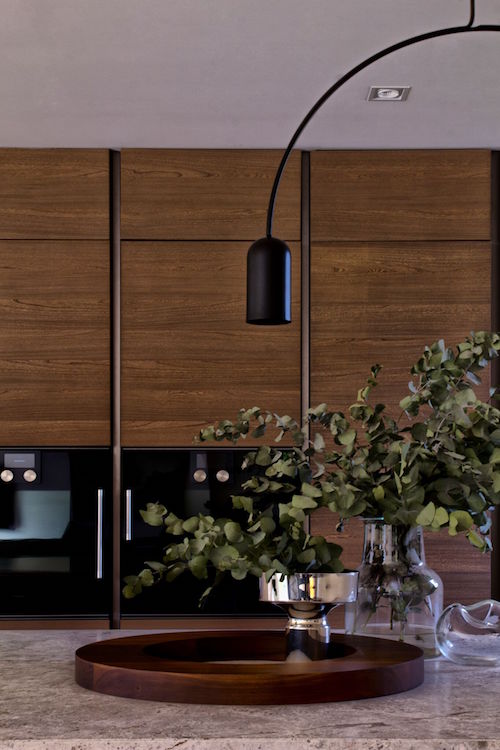 Tisha cites our collective obsession with food as a key driving factor in the kitchen renaissance too. “In recent times, we have seen a large media focus on the art of cooking and bringing restaurant style menus into the home. Several of our own key restaurants in Melbourne (Movida, Grossi, Chin Chin) have published books and television programmes such as Masterchef make it seem trendy and accessible to the average person to be able to engage with and enjoy the art of entertaining around the kitchen,” says Tisha. 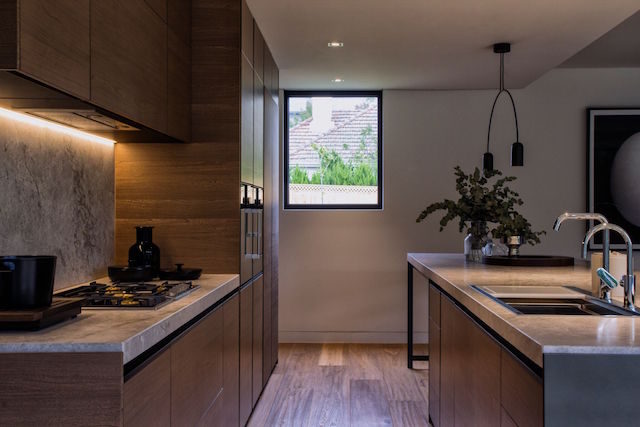 But it’s not just our love of cooking, it’s the way we now live that truly puts the kitchen at the centre of the home. “The open plan nature of living has also influenced this change as well. Now the kitchen is a key part of the entertaining area and as such, the kitchen needs to not only be beautiful and inviting, but also highly functional and practical,” says Tisha.

The Springfield kitchens certainly deliver on the aesthetic front which isn’t surprising given they were designed in collaboration with the high-end Italian furniture manufacturer Molteni & C Dada.  Featuring honey-coloured timber, concealed finger pulls, a lavish five-metre-long marble bench top and Gaggenau appliances, they also boast full-scale Butler’s pantries. But these details don’t come cheap as some of the kitchens in the development are valued at nearly half a million dollars!

“I love the attention to detail and how the practical is also made attractive. For example, the sink is complete with options for cutting, draining and sorting. It is so large that roasting pans and pots fit in with ease and never need to be left just sitting on the bench. I also like the provision for simple items such as spice holders, cling wrap containers and cutlery trays which take our ordinary objects and make them look beautiful on display. The warmth of the timber veneer is also something to celebrate making the joinery itself sit like a like crafted piece of furniture within the space. And of course, I love the exceptionally long marble island bench (five metres) where you can cook and entertain people at the same time and feel like your own Masterchef!” says Tisha.

My kmart rattan bedhead hack🤗 And all the othe 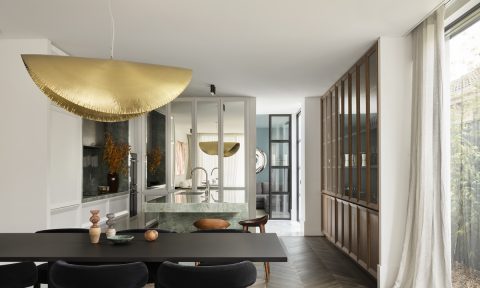 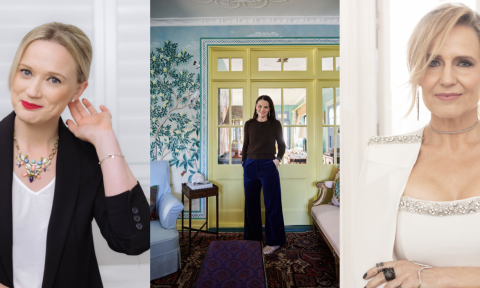