If there’s something we love as much as great homewares it’s a good old-fashioned love story, and today we bring you both! Aussie textile and graphic designer Jemma Bell moved to India for love and as an added bonus, has ended up starting her own textiles business with some gorgeous results! 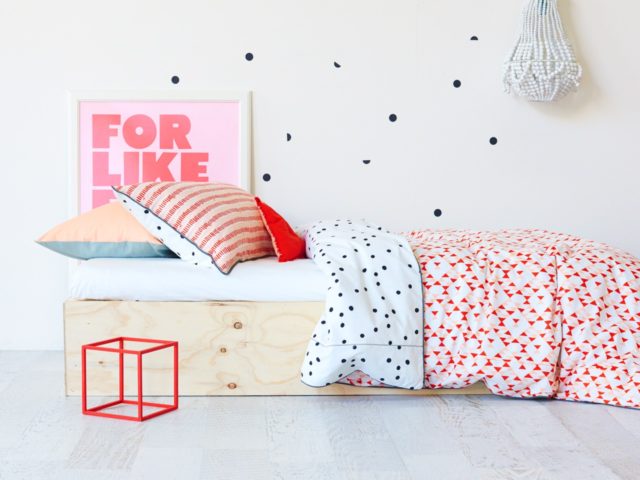 The globetrotter was previously living in London and each year, she would meet her sister Phoebe (of homewares store Sage x Clare) in India for her annual designing and buying trip. “During our trip early last year, we decided to treat ourselves and see India from the air. We took a hot air balloon flight! After the flight, I met the man who is crazy enough to actually start and run a balloon company in India, a fellow Aussie called Paul. We spent a few days having dinner with him and then I went back to London. But Paul and I kept in contact and not long after, he came to London for eight days to visit. And about five days in, he asked me to move to Jaipur! Turns out I’m just as mad as him. I made the big move in July last year. Scary, daunting, challenging, but very rewarding!”

Starting Soda + Stitch was somewhat of a natural progression with Jemma always having wanted her own textiles business. She had been freelancing as a graphic and textile designer and gotten restless designing for other people and their businesses.

“It did take me a little while to find my feet in India,” says Jemma. “Everything in my life had changed! But I slowly started working on finding suppliers, making decisions on branding and the process of creating patterns and designs. I have to admit, the creative process took some time. It’s hard to be your own critic and make decisions when it’s just you!” But she got there and Soda + Stitch was born in April. 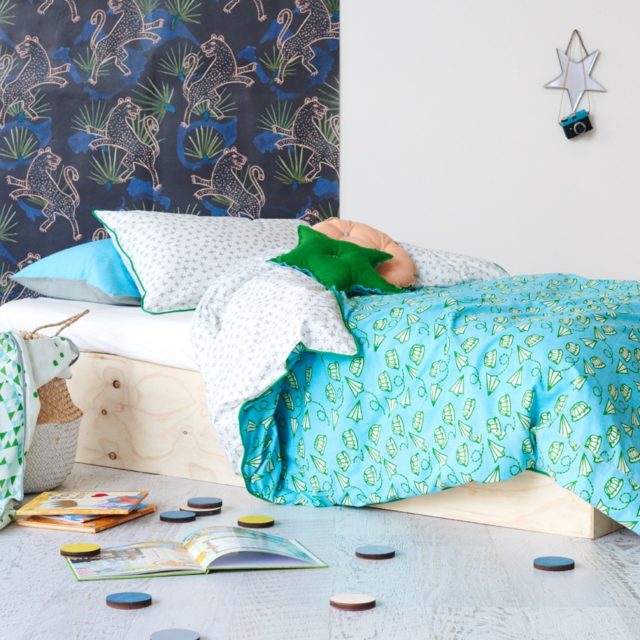 Jemma is the third member of her family to make the move into homewares but her background was perhaps the most relevant! Sister Phoebe’s background was in law before she became a stylist for Country Road and then started her online homewares store. “Her experience with Sage x Clare has given me a massive helping hand, especially with sampling and production here in India,” says Jemma. “But the funniest twist in the family has been our Dad, Brian. He was always a corporate, suit kind of guy, but is now the man behind Twiggargerie. Some sort of creativeness must run in the family!”

Starting a business in India has of course had many challenges. “It’s the simple stuff: haggling with tuk tuk drivers, couriers, fabric merchants and so on. One day I might pay $10 for cotton, the next it will magically go up to $15. And I can barter until I’m blue in the face and sweaty with frustration and I’ll only get it down to $14.50! It took me two weeks to find envelopes for sending product and a month to get just the right shade of blue. And the electricity always seems to go out when I really need that afternoon cup of tea! I’ve learnt you just got to take what you can get, roll with the punches and be very, very, very patient!” 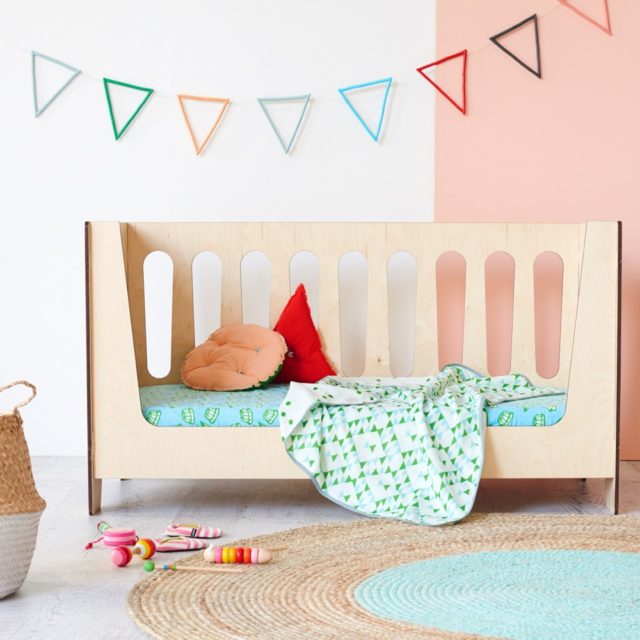 The advantages are many too though.”There’s a huge amount of amazing techniques at my fingertips: hand block printing, screen printing, weaving, embroidery, and moments of inspiration that constantly spark new ideas. And at the very least, when you’re in a traffic jam because you’re stuck behind a huge painted elephant, you get a good laugh!”

Soda + Stitch initially launched with a range of textiles that are sold by the metre and children’s bedlinen was added last month. “When I first started designing the prints and patterns, I really tried hard not to look at what was already on the market. I wanted the designs to feel new, playful, colourful and cheeky,” Jemma says. “I think I’ve come up with a debut collection that is just that. All our fabrics are also block printed completely by hand, but in a very different style to the Indian block printing you may have seen before. I’d say we definitely shake off the norms of block printing, without losing out on the texture, quality and colour that comes with it.”

Jemma hopes selling her fabrics by the metre offers something a bit new too, for all the craft lovers and creatives. “But if you’re not much of a sewer, all our textiles can also be stitched into custom or bespoke products just for you and your home. We can also print existing designs in different colours or on different base materials. And if you’re feeling really adventurous, we can create a whole new design that becomes yours and only yours.” 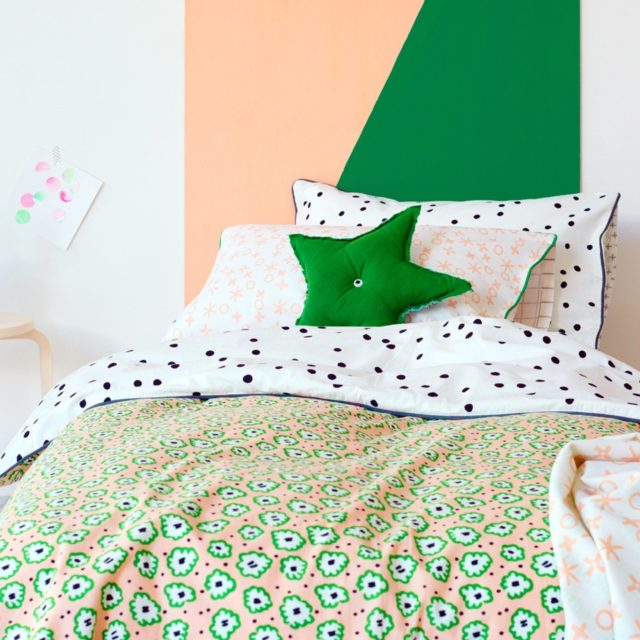 Inspiration can be found everywhere. “It could be a bit of embroidery on a piece of vintage fabric here in Jaipur or even the carpet in an airport! I’m a big fan of geometrics, but geometrics that aren’t perfect, and I love hand drawn patterns. I really like to find little marks that come from sketching and playing around, that can be altered and transformed in some way.

“And being in India is a big inspiration. There’s never a dull moment. Life is full of hustle and well, more hustle, loads of colour and plenty of crazy moments!”

Jemma’s offering a 10% discount for our readers. Simply use the promo code IHEARTINTERIORS at checkout for the next 6 months. 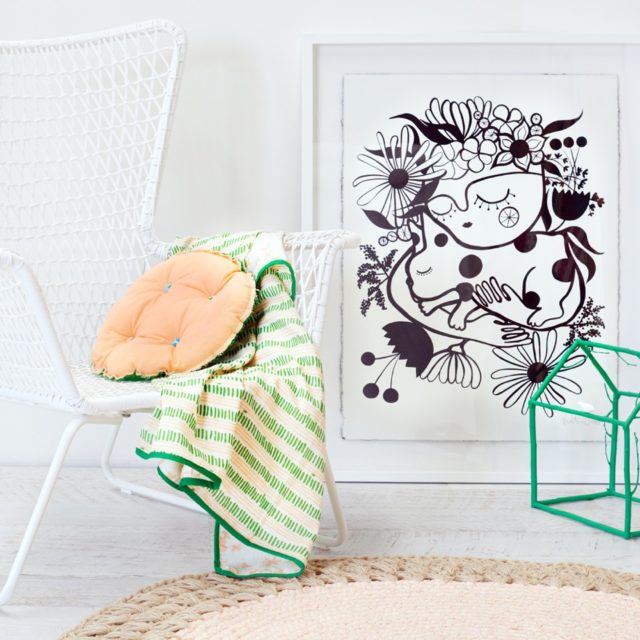