This apartment, by David Hicks, is in the iconic Banff Building on St Kilda’s famous Fitzroy Street. It was once used as an army barracks by the Americans during World War 2. 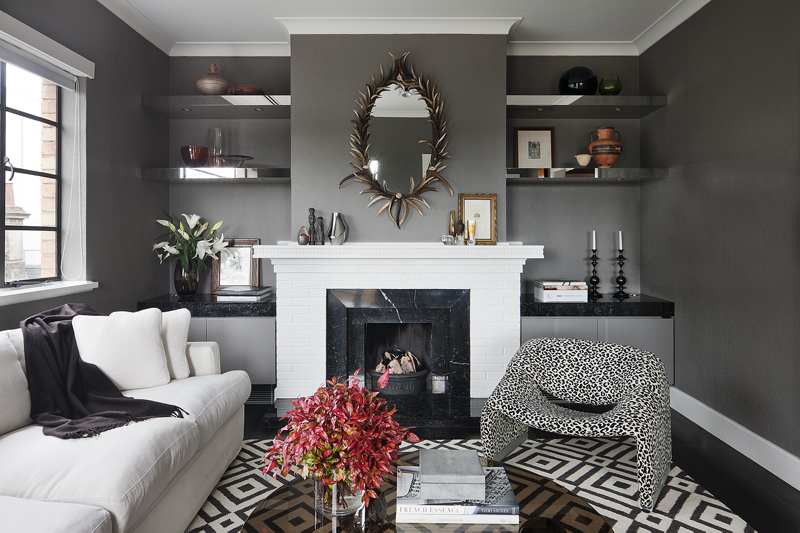 “The owners came to us as they liked what we do and had been following our work. They are a professional couple who had downsized from a larger home nearby to allow freedom to travel while providing a bolt hole in their home town,” says David. “The apartment has been the home of many notable St Kilda icons due to its prime position overlooking Albert Park towards the city skyline.” 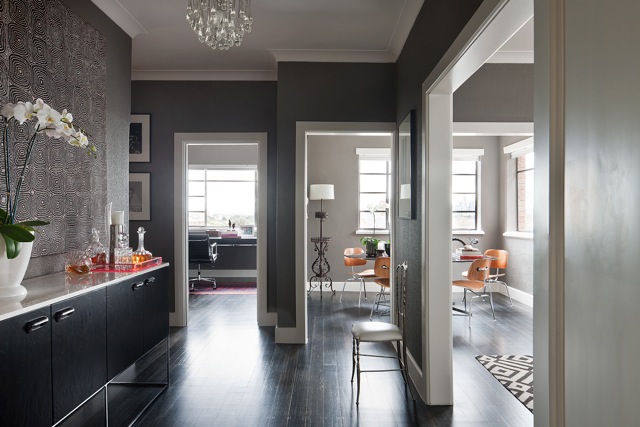 It’s not huge, as 85 sqm, with two bedrooms, one with ensuite, a powder room, study, separate dining, living and kitchen. “Although we are known for our many high end large scale luxury apartments and residential building designs, the clients could see that our aesthetic of modern luxury could be related to a smaller space. They had an understanding of how we combine architecture with decoration and our dedication to detail and material selection. We have a very strong focus on achieving quality design that is both intelligent in its layering and comfortable.” 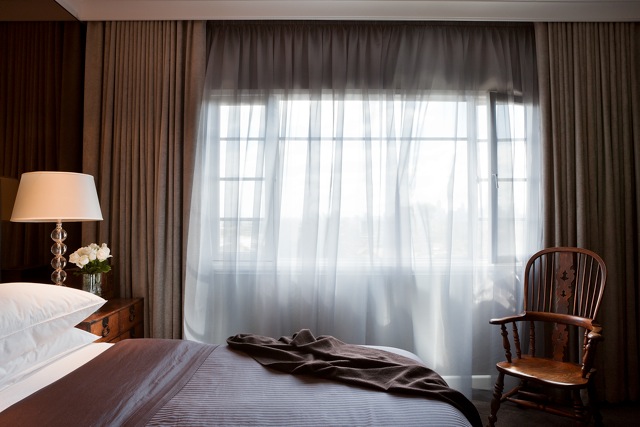 Minor structural works were undertaken with one large bathroom divided in two to create an ensuite for the master bedroom and the powder room, complete with shower, that can be used with the second bedroom. 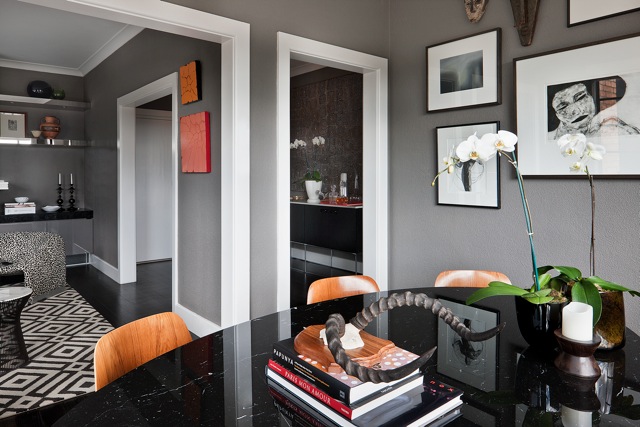 “There has been a trend for open plan living for some time now but with this project we had a chance to play with individual spaces that are linked by openings,” said David. “Doors were removed and archways made larger. The separation of spaces works very well, allowing each space to become what it is used for. One might say that there is a swing back to this kind of spatial planning. In smaller apartments this separation and containment can make spaces feel larger as there are more rooms.”

The smaller scale of this project also allowed for a unique interior. A dark grey was selected for the walls to in fact make the space look larger and more dramatic than if it was painted white. David says the dark walls allow the collection of antique, vintage and modern furniture to pop and integrate with the meandering layout of the rooms. 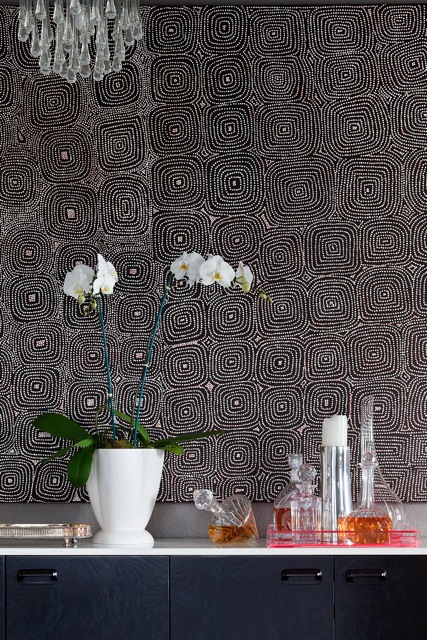 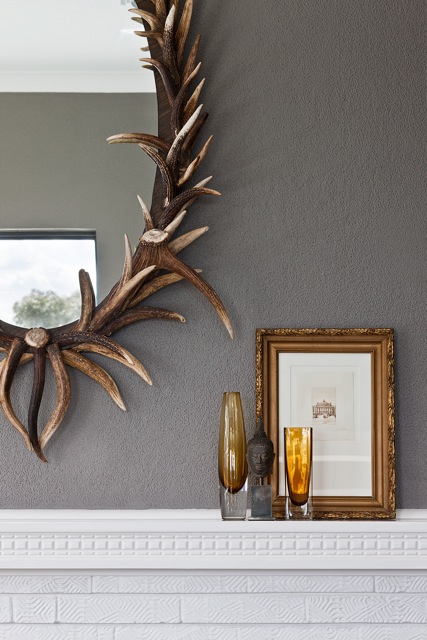 “The view over the skyline of Melbourne is probably one of the best I have seen,” said David. “The vantage point stretches the inner city and combines it with the docklands precinct, making Melbourne look much longer than it is. This view, combined with the style of the architecture, affords a kind off New York aesthetic.” 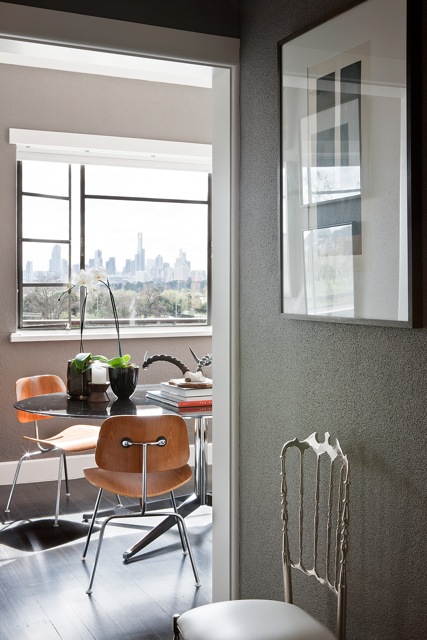 David Hicks is an internationally acclaimed interior design and architectural practice. Founded in 2001 and based in Melbourne, it also has an office in LA. The David Hicks design philosophy is founded on a holistic approach, considering architecture, interior design and decoration as one. David Hicks was judged as one of the top three design practices in Australia at the 2012 Belle/Coco Republic Interior Design Awards.