The concept of the man cave isn’t new. The term’s been used for more than 20 years and the American TV programme Man Cave is now in its 14th season. In its earliest form, the man cave tended to be largely unused space, like a garage, basement or spare bedroom, which became an incubator for a man’s random collection of gadgets, ephemera and memorabilia, usually with little regard for aesthetics or cohesion.

However if my clients are anything to go by, there’s a new breed of Australian male with an altogether different brief for the modern man cave; one that comes from a more refined set of tastes, pastimes and pursuits and one that has more in common with a gentleman’s club than a sports club. 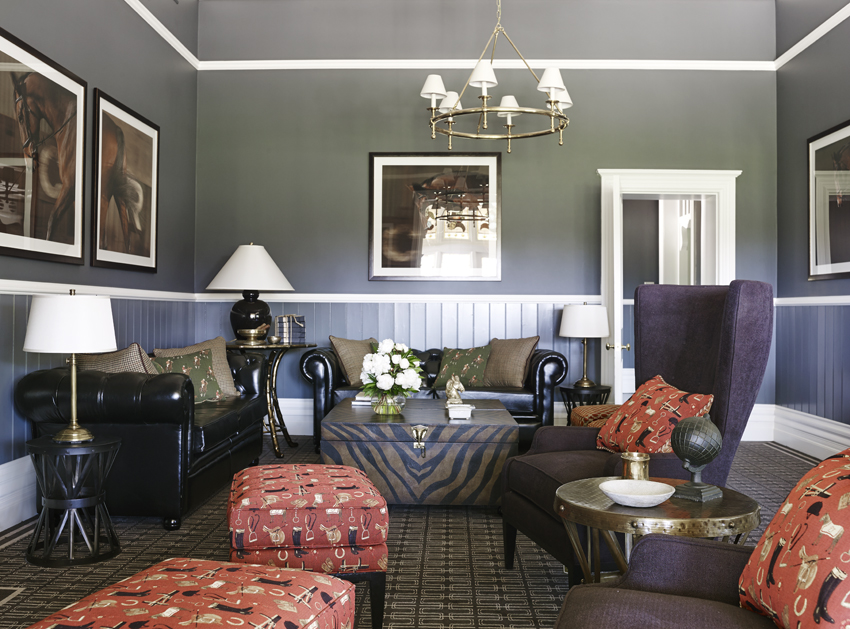 A guide to choosing & arranging cushions by Greg Natale 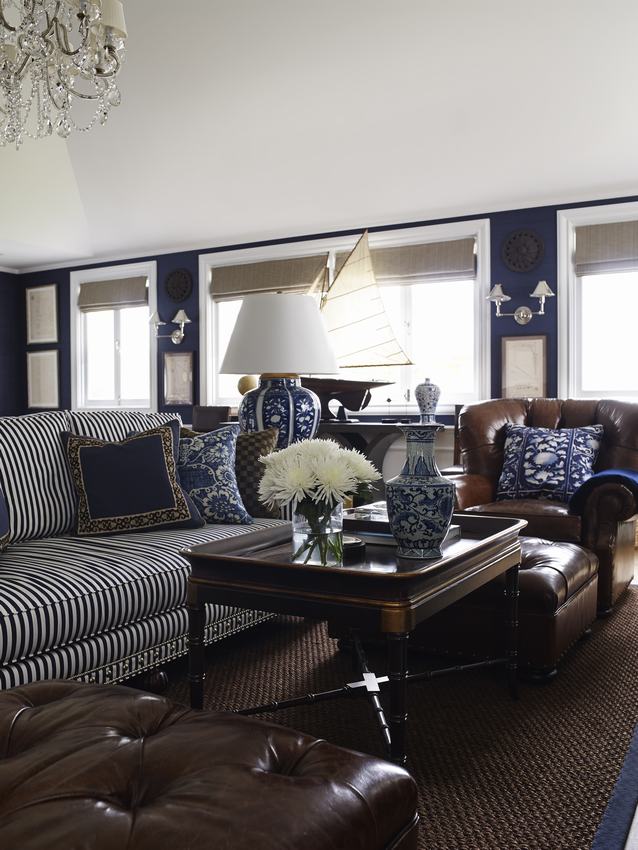 This means that I’m increasingly being asked to help redefine as well as redesign the sophisticated, contemporary man cave and I’m relishing the fresh and inspiring creative opportunities that now presents.

In the foreword of my new book, The Tailored Interior, the great US designer Jonathan Adler likens the rooms I design to a bespoke suit from Savile Row, in that each is clean, simple and always tailored to the occupant’s requirements. And how I approach the modern man cave is no different. 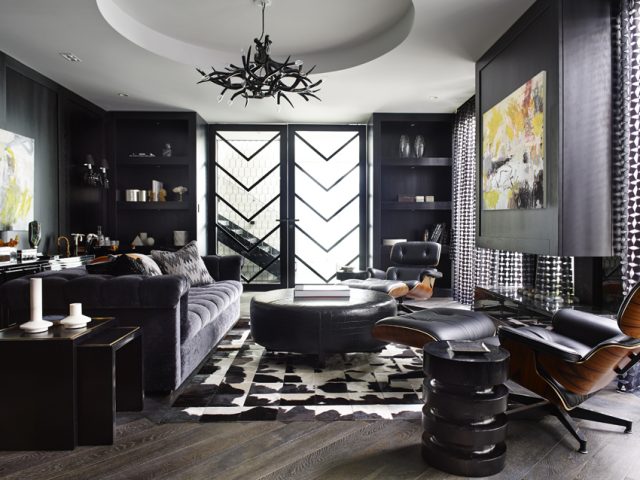 The starting point is always to find your inspiration. We’re sentimental creatures and most of us have at least one piece of furniture or a collectable that we’re not willing to part with. In the case of the man cave that’s often even more the case as a consequence of longstanding interests and hobbies. One of my clients is a horse lover, so his study’s concept incorporates layers of equine references, but in a way that’s as curated as it is created. 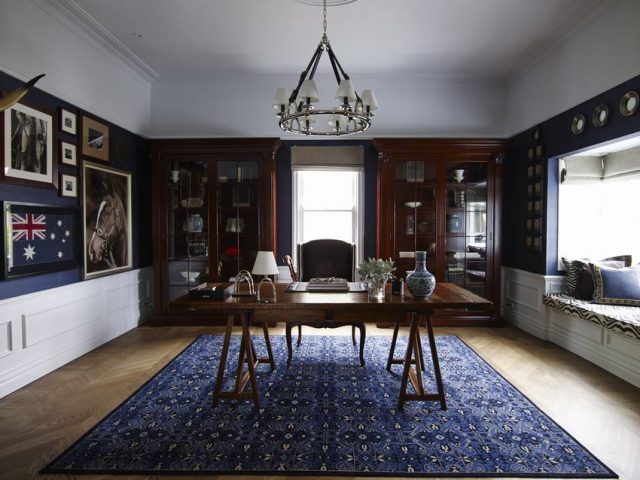 Of course I’ve designed all sorts of beautiful sanctuaries for my clients. Some are intended simply as relaxing retreats, others dual purpose business/recreational dens and ones that are just for fun, like the very popular home cinema (think Gold Class!). 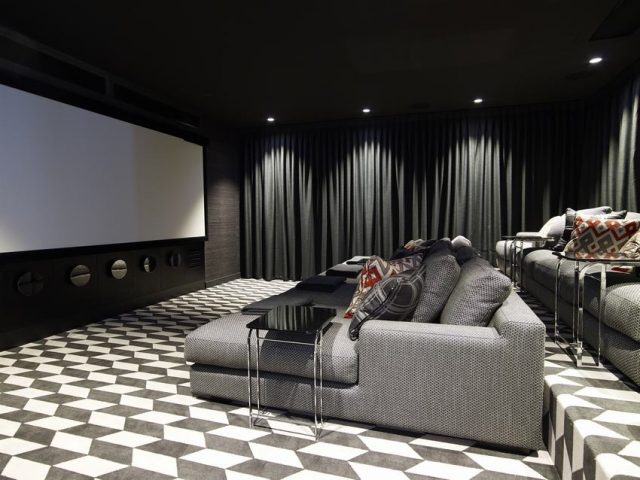 An increasing trend in man caves is to showcase the wine cellar. No longer tucked away from view down a set of rickety stairs, a wine collection is now often front and centre as a connected cellar with custom joinery. 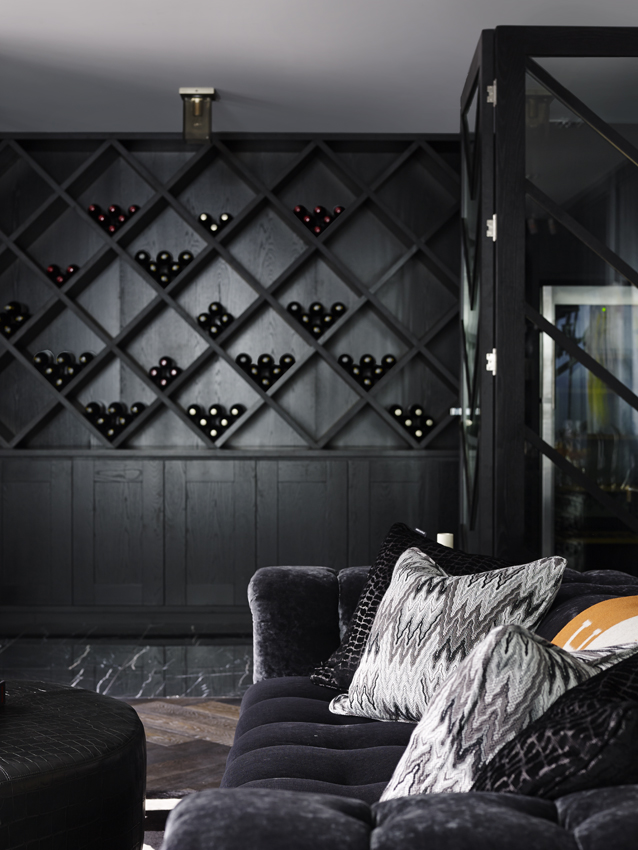 After the concept’s defined, the next step is layering, which becomes the most fundamental component in decorating. For an environment that’s intended as a sanctuary, layering becomes particularly important because of the way it adds warmth, comfort and interest to an interior. It also stamps the client’s personality on a room with various elements working together to ‘tell the story of you’. 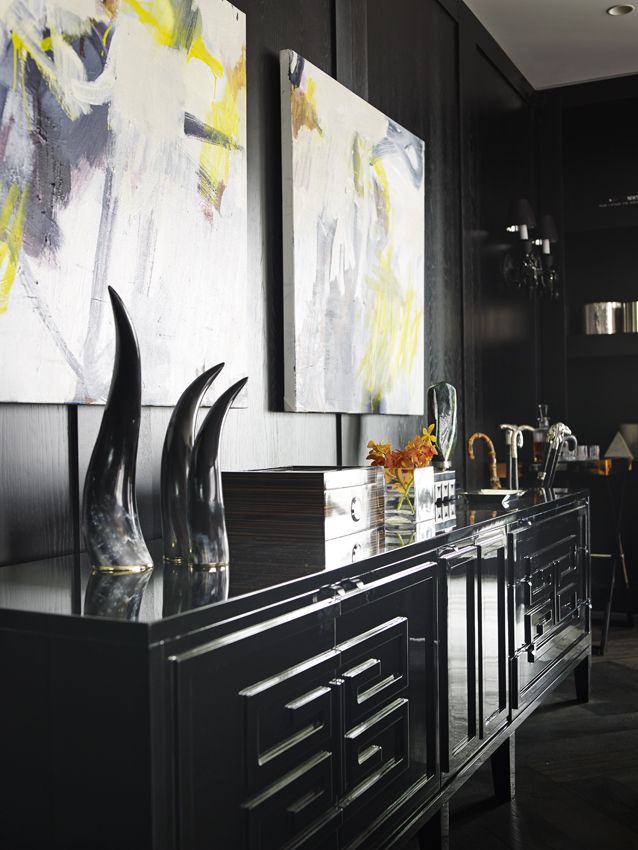 While each client brief is unique, men do often lean towards a darker, rich palette for walls, with opulent textures like suede, leather and timber. It is a luxurious cocoon of sorts, after all. 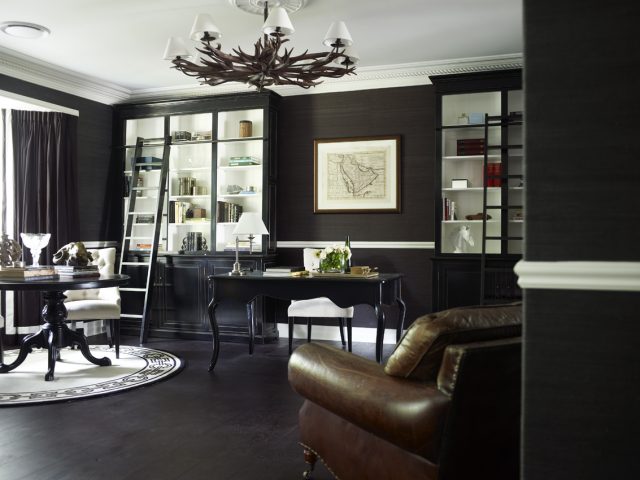 While the man cave has historically been the one room in the house that was pardoned from design principles and aesthetics, my male clients also appreciate that they can have an amazing space created for them that is uniquely theirs but one which remains a harmonious design continuum with the rest of the home. Which has got to be a win-win for everyone! 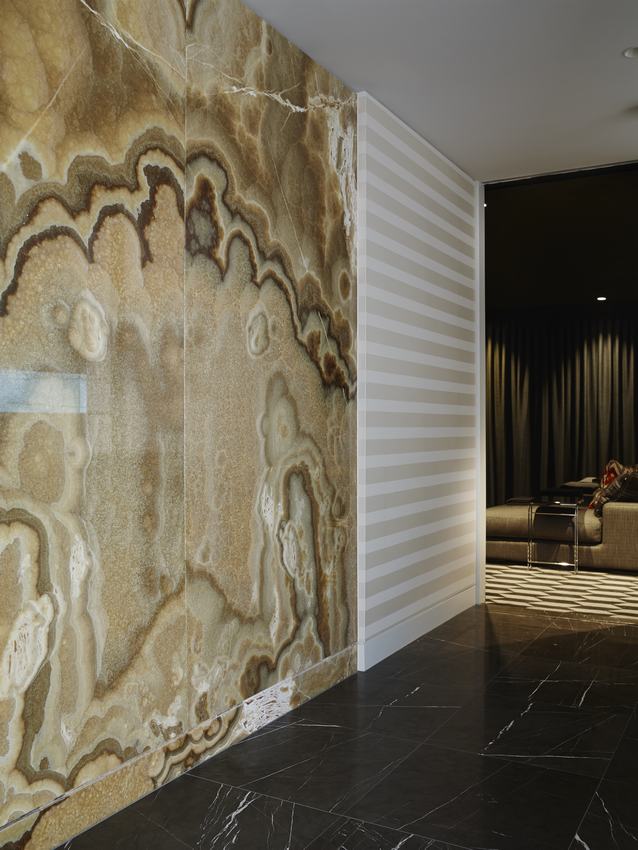 –Greg Natale is Belle Coco Republic Interior Designer of the Year 2014 and was recently named the inaugural recipient of the Editors’ Medal at (inside) Interior Design Review’s 2014 Interior Design Excellence Awards. His first book, The Tailored Interior, is available at all good bookstores or online via Bookworld.