It’s a new year, with new renovating possibilities, and there’s always plenty of rough diamonds out there just waiting to be transformed into beautiful abodes. But amid all the excitement and expectations that come with acquiring that fixer-upper, there’s a grim reality I always remind renovators of… the high likelihood of asbestos in any old property. 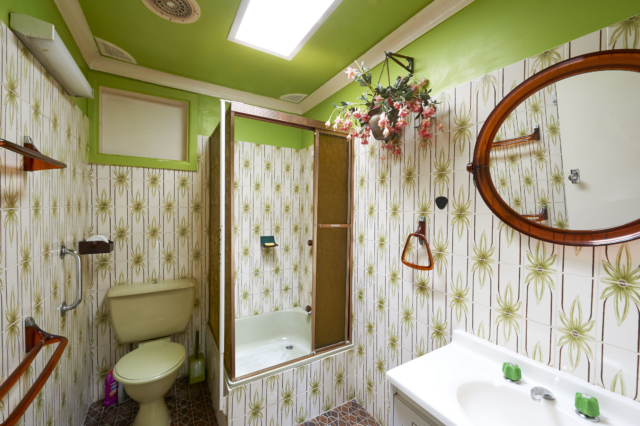 As a National Brand Ambassador for the Asbestos Awareness Campaign and passionate renovator myself, I feel obligated to temper the enthusiasm that naturally comes with any new renovation project with the real risks that asbestos poses. In fact, I’ve made this educational video about it.

The reality is that if you are renovating any older property there’s a good chance it will contain asbestos of some kind. That’s because it was the darling of the construction industry between 1945 and the mid-1980s in Australia. It was robust and cheap, and there was plenty of it about, especially bonded (asbestos cement) AC sheeting, or “fibro” as we know it. It was only when the dangers of asbestos became known that it was phased out of building products, ahead of a complete ban on the manufacture and use of all asbestos products in 2003. That means any “old” property could have been either constructed using asbestos or renovated with it.

How unsafe is it?

Well, the mere presence of asbestos certainly doesn’t need to set off alarm bells. It’s common enough that there are plenty of safe (though not always necessarily cheap) solutions for removing it. And the good news is that if left alone, it rarely poses a health risk. It’s only when disintegrating or disturbed, and its microscopic fibres become airborne – and then inhaled and ingested – that it becomes a potential killer.

Where was it typically used?

Inside, asbestos fibro sheeting was most commonly used in:

Today, you might also find it in the backing of old vinyl flooring.

Outside, it was used for:

How do I check for it?

Inside, asbestos is often concealed in walls and linings, so it’s often not until the renovation process is underway that it will be uncovered. Outside, it’s more visible. You can get professional asbestos reports done and/or send potential samples off for lab testing if you’re unsure whether a material is asbestos. However, it’s often a safe bet to assume that asbestos will be present (especially if you’re renovating an old bathroom or laundry) and factor its safe removal into your renovation costs.

In my early years of renovating, like many others who renovated before the asbestos message was driven home, I fear I may have unwittingly exposed myself to asbestos fibres. Given the long incubation time between when asbestos exposure occurs and the various diseases like asbestosis and mesothelioma begin to manifest themselves (between 20 and 40 years), there’s probably many of us who quietly worry. But it’s all the more reason to make sure that every renovator today educates themselves on the risks involved and how to manage them.

You’ll find all the information you need at http://asbestosawareness.com.au/ – so my New Year’s message is, read up!

–Cherie Barber is the director of Renovating for Profit, a company that teaches everyday people how to buy and renovate properties for a profit.