The Australian Taxation Office (ATO) has issued a number of warnings recently indicating that rental property owners should be careful when claiming deductions. 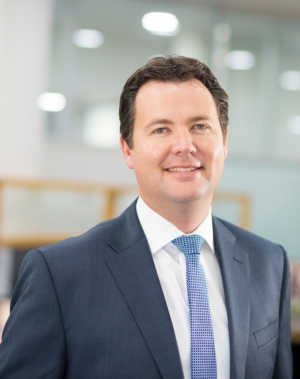 Navigating the rules relating to rental property deductions can be quite complex for owners, particularly when it comes to depreciation. It’s important that owners have a basic understanding of depreciation legislation and the terminology used to categorise the deductions which can be claimed within a property. This includes recognising the difference between repairs, maintenance and capital improvements.

To assist investors to avoid a tax headache and claim deductions correctly this financial year, here are some of the key depreciation terms and tips on how to avoid incorrect claims.

Deductions for capital works comprise of the structural elements of a building, including fixed and irremovable assets. Examples include the roof, walls, built in cupboards, clothes lines, windows, doors and even the driveway. Dependent on the property’s age, investors can generally claim capital works deductions at a rate of 2.5% per year.

If a residential property was constructed prior to 15 September 1987, there are restrictions which apply. However, investors who own older properties may still be entitled to capital works deductions for any renovations, including those completed by the previous owner.

Plant and equipment items on the other hand depreciate at a much faster rate. Examples include carpets, hot water systems, air-conditioning units, security systems, blinds and curtains. Determining the deductions for these items is not dependent on their age, rather their condition and quality. To calculate depreciation for plant and equipment, the effective life of each individual asset set by the ATO should be used.

It’s not uncommon for investors to self-assess depreciation deductions for plant and equipment items. However, by doing so they are putting themselves at risk of the following mistakes:

Repairs and maintenance versus capital improvements

Investors will face a scenario where work is required to ensure upkeep or repair damage done to their property. The work completed can inadvertently improve an item’s value beyond the original condition of an asset.

The ATO provides clear definitions to help investors to determine the difference between what is considered a repair, regular maintenance and what is defined as a capital improvement. A repair involves any work completed to fix damage or deterioration of a property. Examples include replacing part of a fence broken during a storm. Maintenance is considered work which will prevent damage or deterioration, for example having the carpet cleaned or oiling a deck.

The costs for repairs and maintenance can be claimed as a 100 per cent deduction in the same year of the expense. However, if an investor was to remove and replace the entire fence, carpet or build a new deck, this will fall into the category of capital improvements.

Capital improvements, or work which improves an asset beyond its original condition, must be depreciated and claimed as a capital works deduction or as depreciation.

How to avoid the risks

Investors can avoid many of the risks of claiming deductions incorrectly for their property by seeking the advice of a specialist quantity surveyor. They will complete a site inspection of the property to identify all of the plant and equipment assets found, take measurements and conduct research to find the correct capital works deductions available and outline deductions for plant and equipment assets based on their individual effective life. A tax depreciation schedule will outline these deductions for the property owner’s Accountant to process their claim.

A depreciation schedule provided by a specialist quantity surveyor will help to ensure the correct and maximum deductions are claimed and minimise risk for both an investor and their accountant.

–Bradley Beer (B. Con. Mgt, AAIQS, MRICS) is the Chief Executive Officer of BMT Tax Depreciation. Bradley joined BMT in 1998 and as such he has substantial knowledge about property investment supported by expertise in property depreciation and the construction industry.