When Crystal Bailey and Mitchel Lindsay met last year, they had an immediate connection. They finished each other’s sentences and would spend hours on the phone talking late into the night. In all respects they felt like twins, even nicknaming one another ‘Twinnie’. So when the time came, after months of discussion, to launch their own business, the name came naturally: Design Twins. 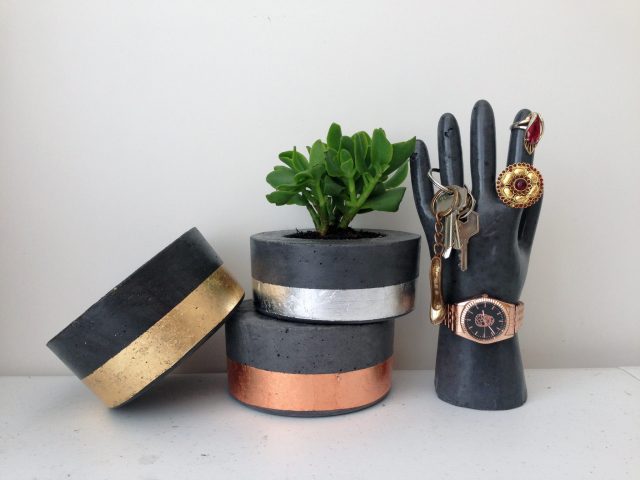 A unique handmade homewares brand, The Design Twins’ main obsession is concrete, making everything from pots, cups, pillows and hands out of the material.

“What I love about concrete is the fact that something so strong and simple can be moulded into structured, organic forms,” says Crystal. “It allows the mind to get creative and use it to create anything. I created a concrete birthday cake for Mitch’s birthday a few weeks ago!” 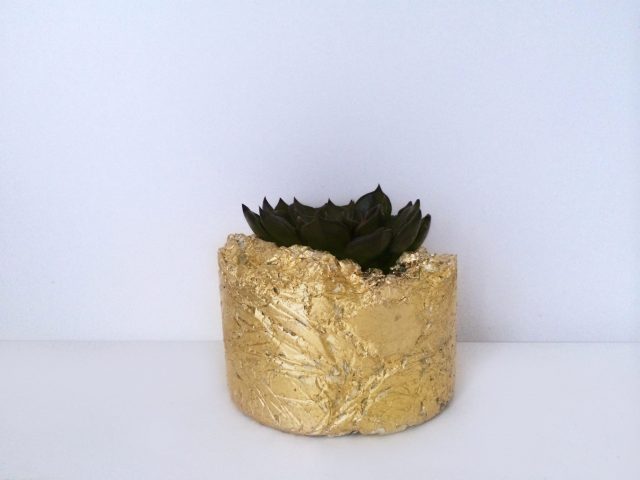 Yet the idea to make homewares out of concrete didn’t come overnight, rather Crystal has stylist extraordinaire Megan Morton to thank for the inspiration. “In February this year, I attended her masterclass. It was life-changing! Literally. I left inspired and hungrier than ever to want to start something different. Something that came naturally to me, yet something different to what was out there in the world of homewares.” 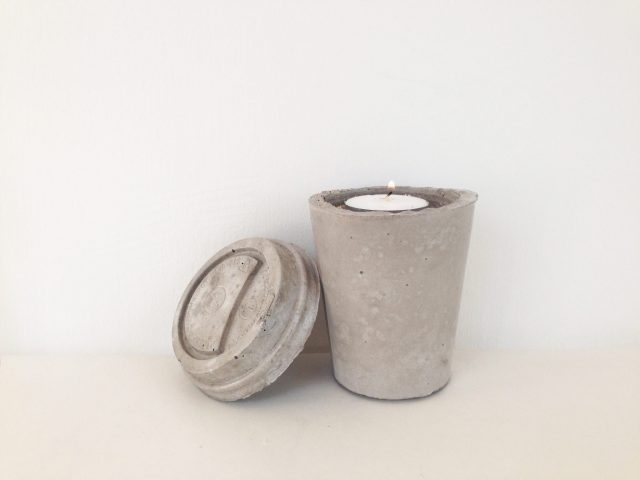 So armed with a visual diary, Crystal spent several weeks sketching and before long, the beginnings of the Design Twins range had formed. The next step saw the duo rock up to their local Bunning’s in a Mini and pick up a bag of concrete (they admit there were some strange looks!) and then, with their kitchen as their studio, they began making.

“We originally made a concrete pot by mixing up a bag of concrete and pouring it into a container,” explains Crystal. “Then we used a smaller container filled with rocks to make the hole in the centre. This simple idea then led to so many crazy ideas, which is how we made our lava pots, cups, pillows, coffee cup candles and skulls.” 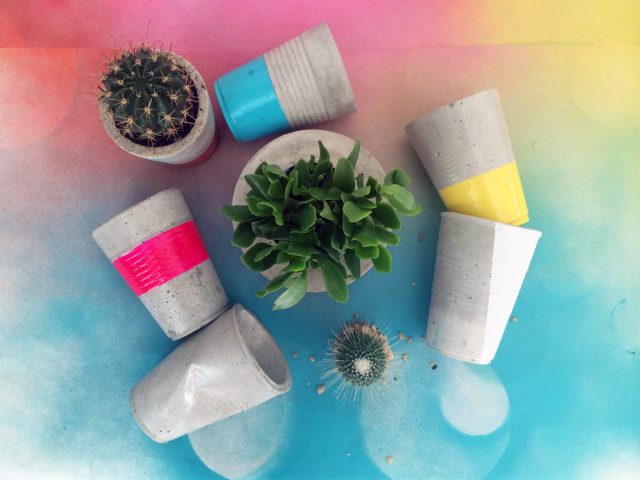 A favourite of mine (and of theirs) is the concrete pillow, which while not ideal for resting your head on, is perfect for your phone or keys! “I love the look on people’s faces when they pick them up for the first time, expecting a light pillow and realise it’s actually concrete,” says Mitch. “The texture, weight and individuality that come from concrete itself, just makes every piece so unique.” 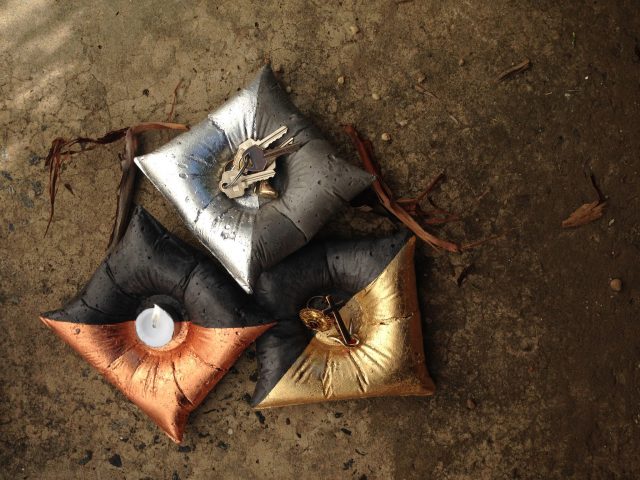 The pillow, alongside all their other homwares, is extremely unique, so it may come as a surprise that Design Twins is their first foray into traditional design; with Crystal previously a musician signed to Song Music and EMI Records and Mitch the owner of a gourmet grocer. But for Mitch, he doesn’t believe the lack of formal training has held them back: “I wouldn’t say we have the typical design background of some but we definitely have our own style of controlled madness to our creation processes and that’s what we love.”