Last night saw five incredibly different master bedrooms and walk-in robes revealed. Caro and Kingi were keen for a win after coming second place two weeks in a row. But it seems the couple are destined to always be the bridesmaid and never the bride, coming in second… again! Gold Coast girls Suzi and Vonni scored an incredible 30/30 and for Whitney and Andy it was quite the heartbreaking result, with the team not completing their rooms in time.

So, what did the judges think?

Desperate for a win, this week the Townsville couple decided to take some risks in the form of a large nib wall (to change the orientation of the room) and a beam on the ceiling to create symmetry. While the judges initially thought the room may not have been big enough for a nib wall, they were all quickly convinced. Shaynna in fact thought it felt quite spacious, but believed the wall needed something like a sideboard to break it up visually. 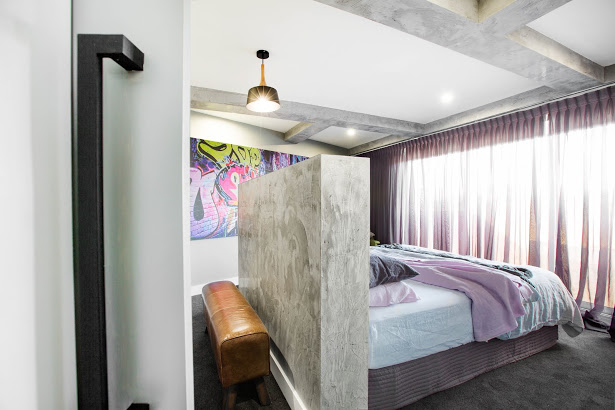 All the judges loved the rendering on the wall and ceiling. They thought the art was spot on and believed the colours were referenced beautifully and subtly in the furnishings. Neale particularly liked the little nook with the desk, but soon realised the desk had been set too high. Shaynna thought the retro chair and Asian side table in the corner didn’t mesh with the rest of the design and that the pendant above the bedhead was unnecessary. 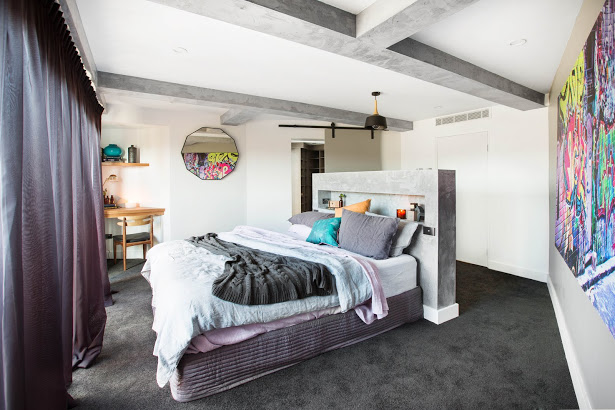 Into the walk-in robe and the judges thought it was sexy and cool. Darren loved the open feel and the ottoman and mirror. Neale thought the artwork was great and was glad the couple had resisted their go-to graffiti decor. 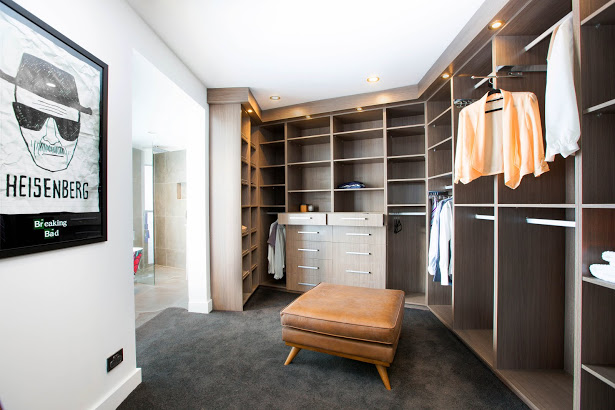 The Melbourne couple started the week out inspired, designing an innovative Scandinavian bed frame. However, the delays started from there and the week turned into an absolute shocker! Their problem? Time management and a lot of time running around but not enough time on the tools. Luke and Ebony’s last-minute dash to help them out made a difference, but in the end it was all too little too late and the rooms were left unfinished. 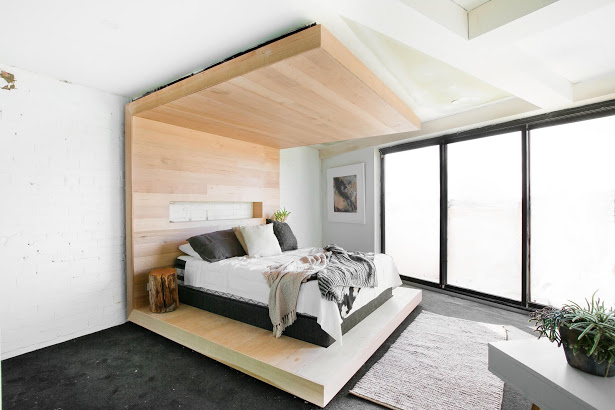 Upon entry the judges were immediately disappointed: “What a shame!” Darren thought their idea was terrific but the execution was terrible. Neale liked that they had listened to what the judges has said last week and made the room more sophisticated. But in the end they all agreed that the couple had only delivered half a room. 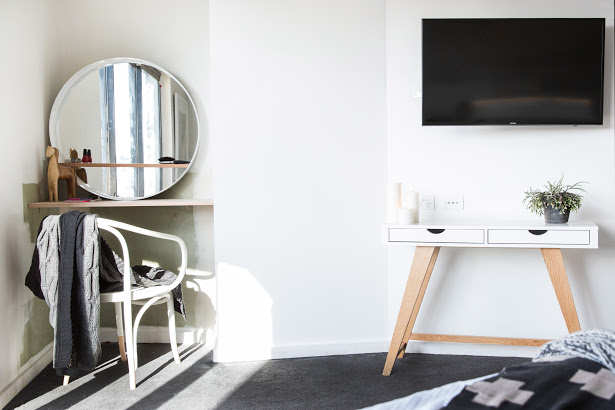 The walk-in robe was no better, with paint and plaster on the carpet and unfinished cabinetry. The advice from the judges: “Treat every hour like it’s your last.” 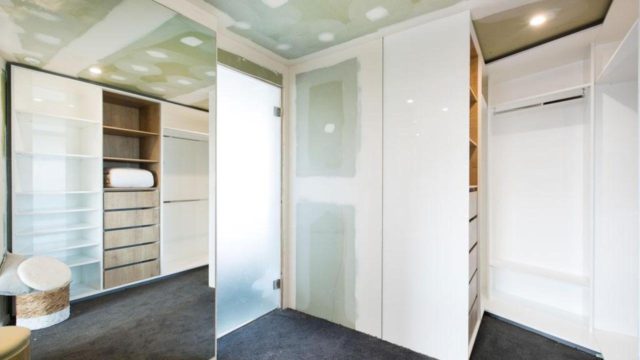 Last week the girls’ over the top design split the judges down the middle and it was so expensive that Scotty had to step in with a budget warning! But a win in the bedhead challenge was a massive boost, with the duo scoring $10,000 worth of cabinetry. So it’s safe to say the girls didn’t hold back! 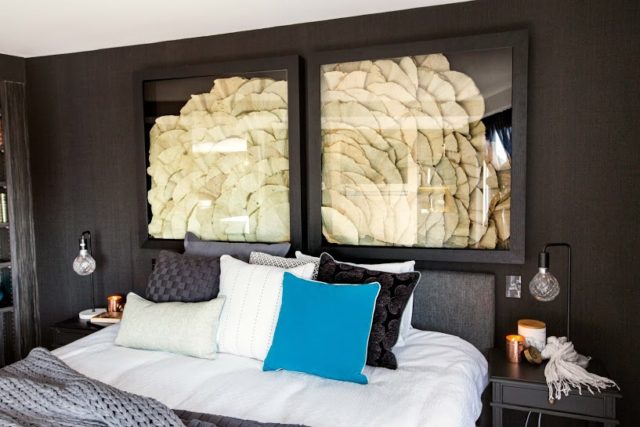 “Wow!” said Darren upon entry. Neale agreed, “They really know how to pull something different out of the bag every week”. Neale felt like he had walked into a very sophisticated gentleman’s club. And he meant that in a good way! All the judges loved the gentleman’s library and bar and thought the whole space felt like a luxurious hotel suite. 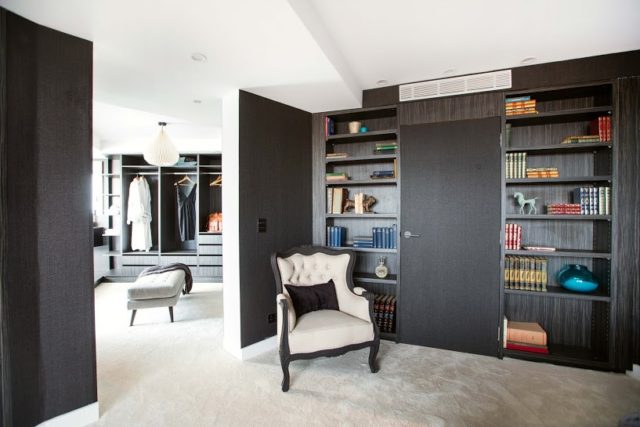 Darren loved the palette, the colours, the material and the art. Neale thought the room was perfectly resolved and his only fault was that they should have spray painted the aircon grate above the door. 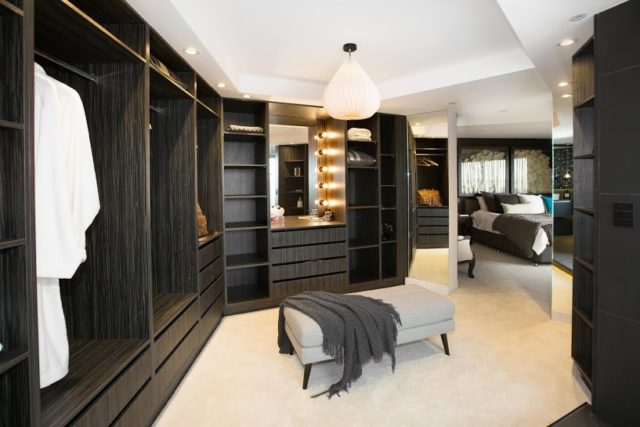 The walk-in robe continued with the glamour. All the judges loved the layout and thought it was very high-end. “I wouldn’t change a thing!” said Shaynna.

For the WA brother and sister, last week’s scores pushed them into design confusion. Last for two weeks in a row and with no clear style in mind, the siblings tried very hard to step it up this week. 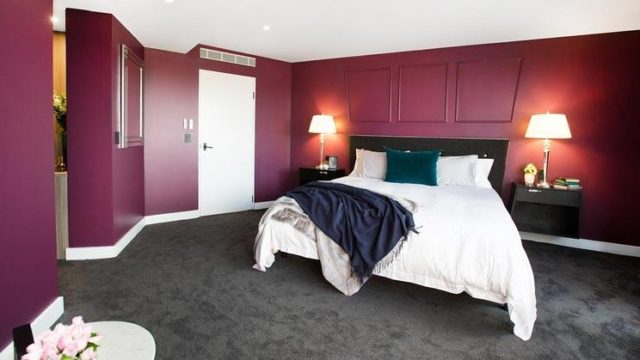 “This is a lot more glamorous,” said Shaynna. Neale felt like it was a grown up version of last week’s room and had personality in spades. But Darren felt it didn’t work, believing the room to be too angular. Shaynna also wasn’t a fan, saying the room had three styles that unfortunately didn’t mesh. 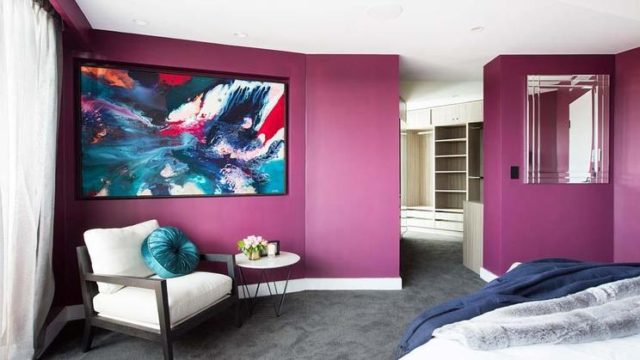 Into the robe and things got worse. The judges felt the walk-in didn’t match with the bedroom or bathroom; with grey timber laminate in the robe, all black in the bedroom and navy in the bathroom! Shaynna thought the joinery would have been better off darker and that the whole master suite felt unresolved and clashed. 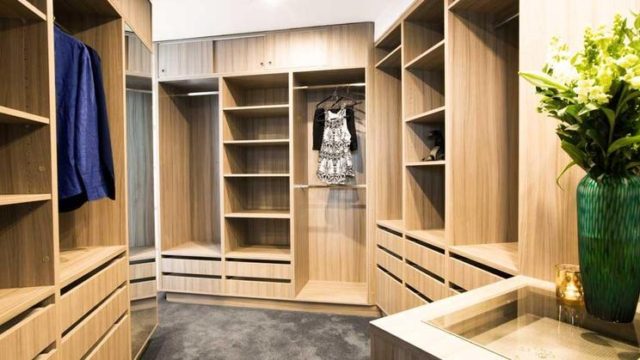 With two wins in a row, Dean and Shay were the team to beat. This week their dilemma was whether to play it safe or not. And safe they went, opting for a huge timber bulkhead and a pop up TV as their secret weapons. 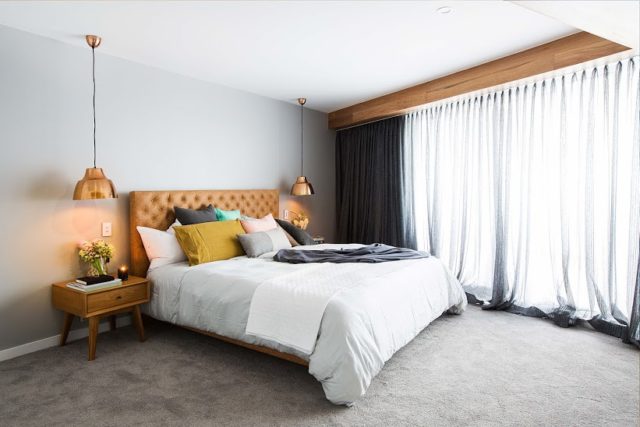 “It’s definitely cool,” said Darren upon entry. “It looks like they’ve opened up a trend book and gone tick tick tick.” But as the judges agreed, that just made the room lack individuality! As Neale perfectly put it: “Nobody’s going to walk in and say ‘I don’t like it’, but is anyone going to come in and say ‘wow’?” 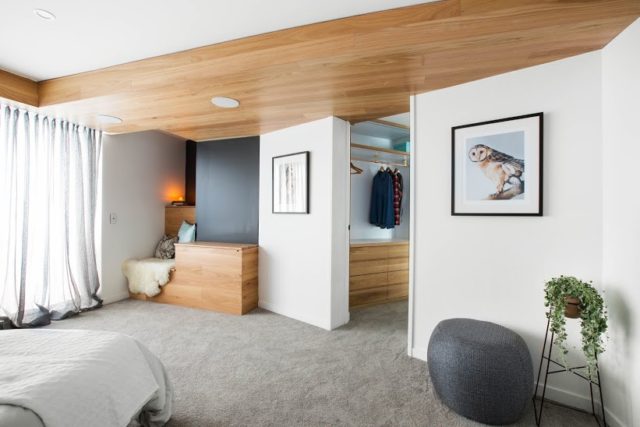 Neale wasn’t excited by the TV and Shaynna thought the bench seat was an uncomfortable waste of space. Darren felt the room needed to be much more sophisticated and that instead it was just very safe. 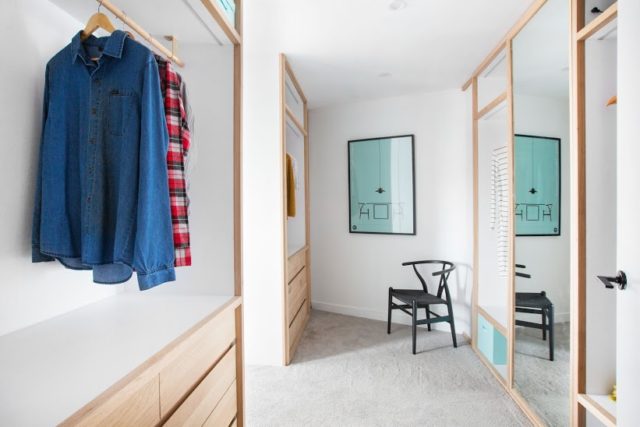 In the walk-in robe, things improved. “This is bloody beautiful,” said Darren. The colour palette, brass hangers and symmetry were loved by all. Neale thought the space was a notch above the bedroom. However, he didn’t like the replica chair and thought the finishings were a bit too shabby.

Did you agree with the judges this week? Which was your favourite?