The judges may not have been overly impressed but I finished watching the living room reveals with a big smile on my face. It was truly the week of the underdogs, with Luke and Ebony taking out their first win, and Whitney and Andy just half a point behind. For two couples who have spent four weeks each in the bottom two, it was so lovely to see them get some positive feedback. So what did the judges have to say?

Starting the week with the big idea to turn their living room into a home cinema, with recliners and a popcorn machine(!), second thoughts saw Caro and Kingi turn it down, a little bit! Bringing back their Scandi-industrial style with Kingi’s rendering and adding a special, one-of-a-kind artwork (a photograph of a hotel key they found in week one), after two wins in a row, the Townsville couple were the team to beat. 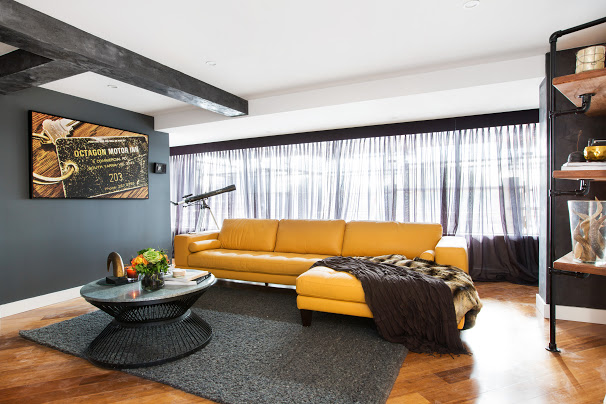 “It’s very dark,” said Darren upon entry. Shaynna agreed: “The whole building is about the view and the city, but the couch has its back to the view.” All the judges felt the layout was completely wrong and that by not taking advantage of their view and north-west aspect they had cut their selling point by 50%. 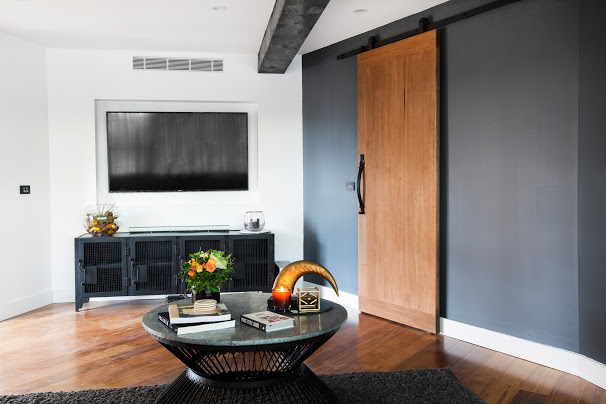 Shaynna thought the sofa would polarise buyers and dated the room. She did however like the key artwork, as did Darren, who felt it brought to the room a beautiful feeling of “heritage, history and authenticity.” The coffee table got a big tick as did the rug, styling and execution. 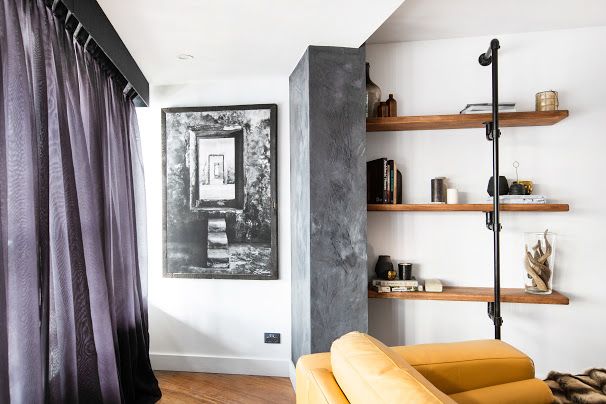 Four weeks in a row in the bottom two had hit Whitney and Andy hard. With money at an all time low, they needed a win more than ever. Deciding on real timber floorboards and a feature wall with a mural painted on it, they hoped their show-stopping pieces would be enough to break their losing cycle. 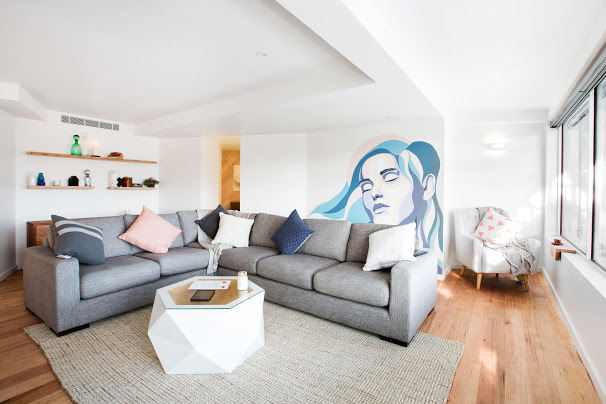 “At least they got the orientation right,” said Shaynna, “This is the polar opposite than what we’ve just come from and it feels so much bigger.” However, while Neale liked the orientation, he did not feel the same way about the art: “That totally overwhelms me.” Darren thought it was young and cool, but all the judges agreed it didn’t fit the geographic location. “It’s more a studio in Fitzroy than a luxury apartment in South Yarra,” said Neale. 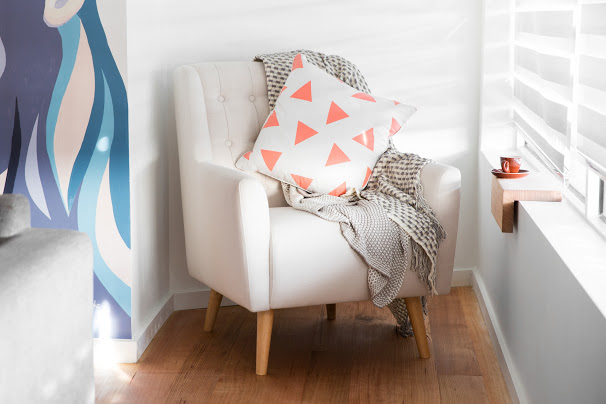 The judges loved the coffee table and sound system and thought the floorboards were spectacular. The chair in the corner, with its little shelf was also a hit. “This room shows planning, foresight and courage in a tight timeframe with no money,” said Darren. The judges’ overall thoughts were that they were on the right track, with layout and furniture choices, but just needed to up their styling and sophistication. 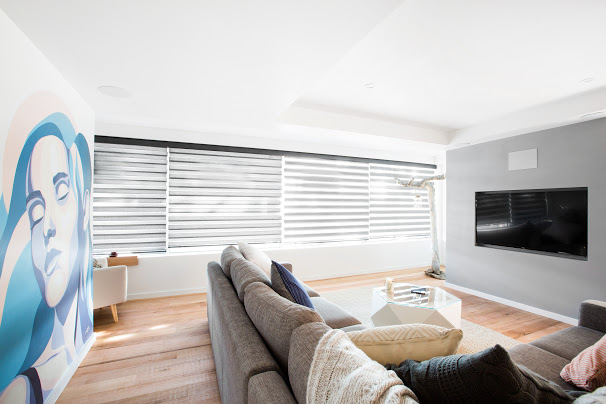 After coming in last place in last week’s room reveal and finding out they were strapped for cash, Suzi and Vonni were another team desperate for a win. Hoping to wow the judges with a recessed bar, a full-wall wine fridge and electric fireplace, it’s safe to say it didn’t go quite according to plan! 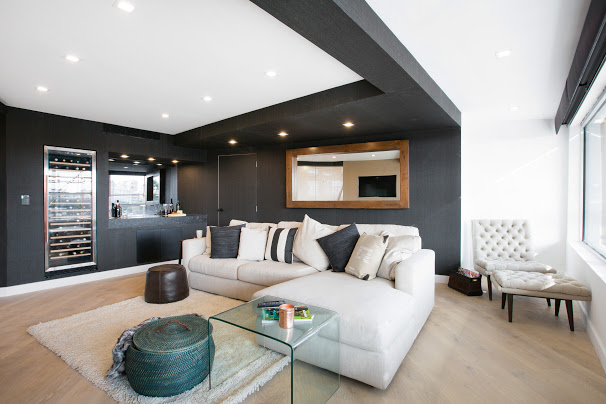 “A wine fridge in your living room,” said Neale. “Now that is just bizarre!” All the judges were a bit flabbergasted! “They’re a great luxury inclusion in a pantry but not by the couch,” said Shaynna. Looking around, Darren though 50% of the room was beautiful and luxurious. He loved the sofa, wall treatment, chair, mirror, linens, and timber on the floor, but then looking in the other direction (at the bar and fridge) and it all fell apart. 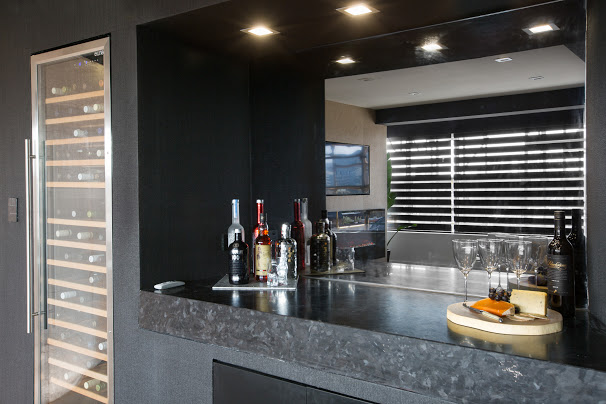 Then Shaynna spotted the electric fireplace: “That is the most hideous thing I’ve seen this series!” Uh oh! All the judges agreed the whole room had poor execution and the focus was all about drinking and not living. “This is actually very tacky,” Shaynna said of the whole space. “The use of the mirror in the bar area, reflecting the view, is the only good thing about it,” said Darren. The judges’ solution? Turn the bar into a bookcase and get rid of the fireplace. The room can be salvaged! 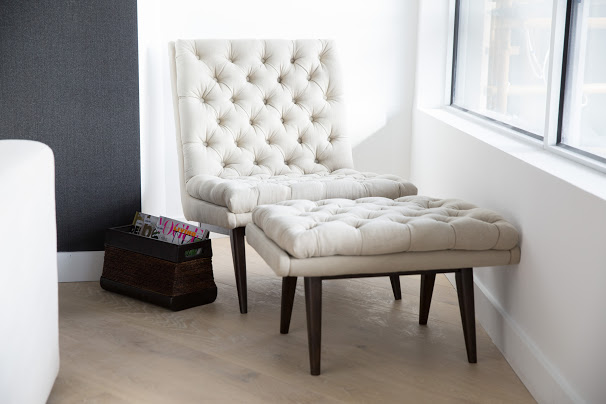 Spending the first four weeks in the bottom two had the WA siblings in the dumps, but after coming second last week and winning 10 grand at the glass challenge, things were starting to look up! Weeks ago they had made the game-changing decision to knock out some walls and make an open-plan living space. Add some custom-made cabinetry and Luke and Ebony certainly had their zing back. 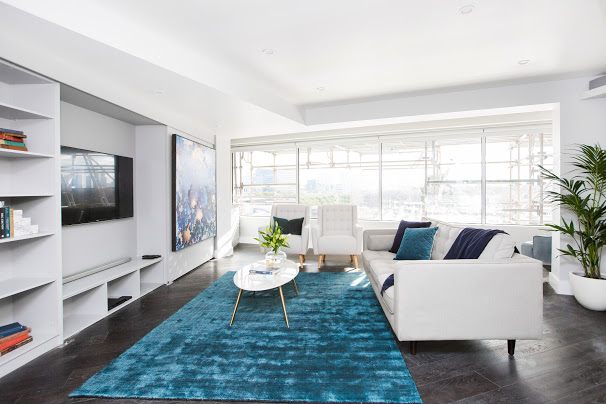 “That’s super cool,” said Darren about the new open-plan entry way. “That’s going to make it feel so huge,” said Neale, “In fact it’s already feeling quite big just in here.” All the judges agreed turning the kitchen, living and dining into one space was going to put their apartment in a different league. In Neale’s opinion it really was a masterstroke. 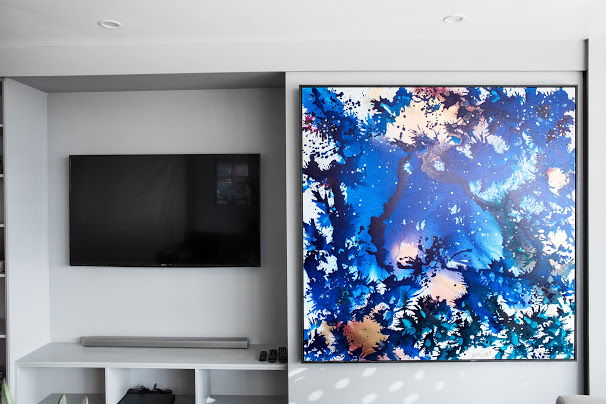 While the judges still had issues with the orientation and felt the sofa should have been facing the view, the seating, built-in cabinetry, flooring, artwork and sliding panel that hid the TV all got big ticks. Shaynna thought the colours were a knock out and was a big fan of the rug. That said, none of the judges liked the bar and they all hated the tiles. “It feels cheap and nasty,” said Shaynna. “Replace those tiles with a mirror.” 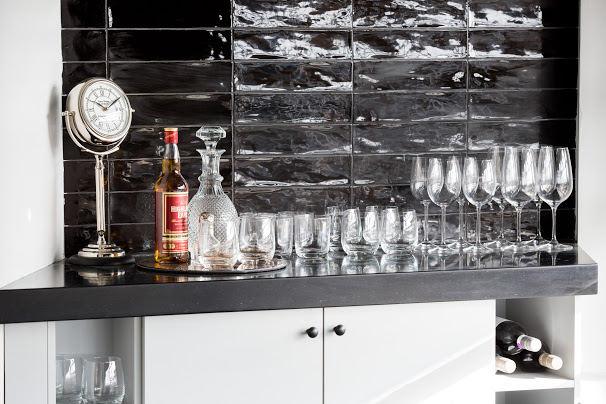 Making the gamble to change the layout of their apartment and swap the kitchen and living room, meant Dean and Shay’s living area was exactly where the current construction work was! So, unable to reveal their space in time, they put together a taster plate for the judges, so they could see the furniture and accessories, and well that was all. 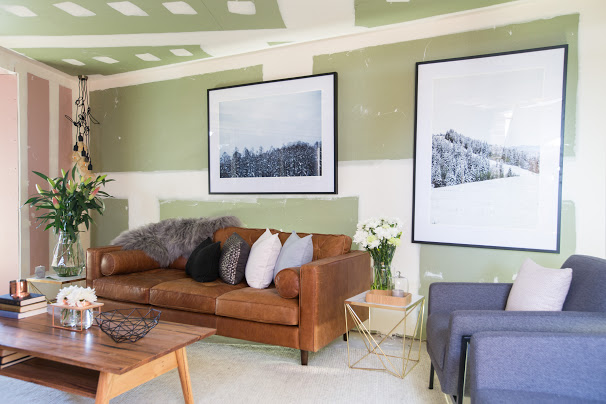 For once the judges were a bit speechless. Until… “It’s a disaster,” said Neale. “It’s a joke,” said Shaynna. With no plaster, no paint and no floors, the judges felt changing the layout had been a mistake, especially because of the windows. “The window height is different to all the other apartments,” said Neale. “These are kitchen windows they have no impact compared to the full length windows in the original living room. It’s all about impact and the impact is lost in here.” 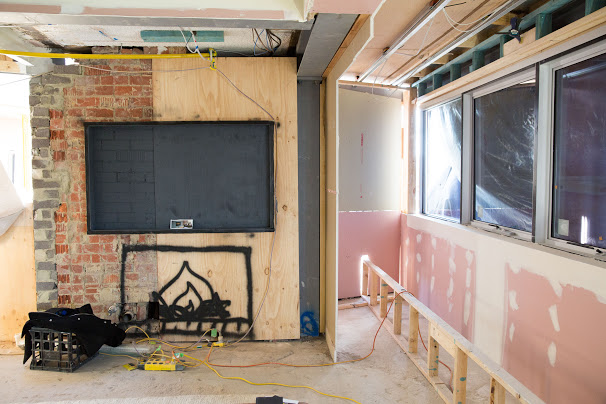 The judges thought it was a bit of a tragedy, but they attempted to not lose hope. “We just have to wait and see what the grand plan is,” said Neale. “It could be smarter than all of us.” All of the judges agreed that the kitchen and dining areas would have to be absolutely stunning to save the apartment. 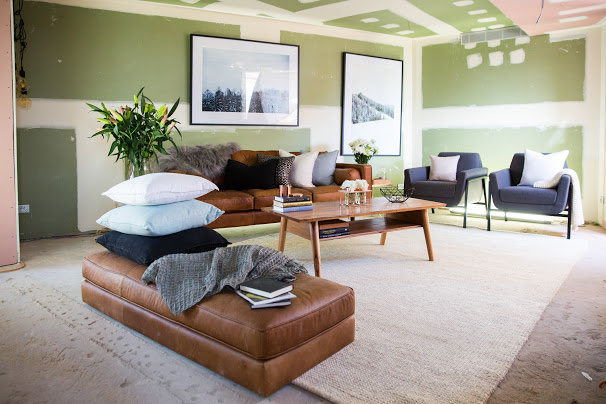 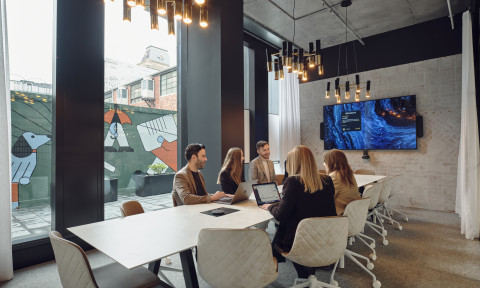