Like many people, the owners of this Sydney family home desired an outdoor space that was inviting, functional and could be used for entertaining throughout the entire year. The couple also have two young children, so space to run was vital. 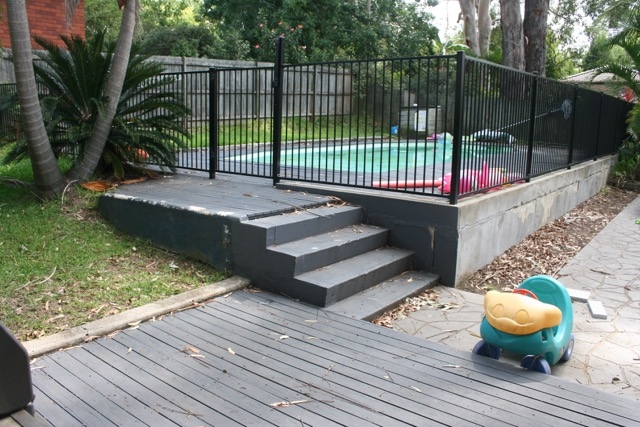 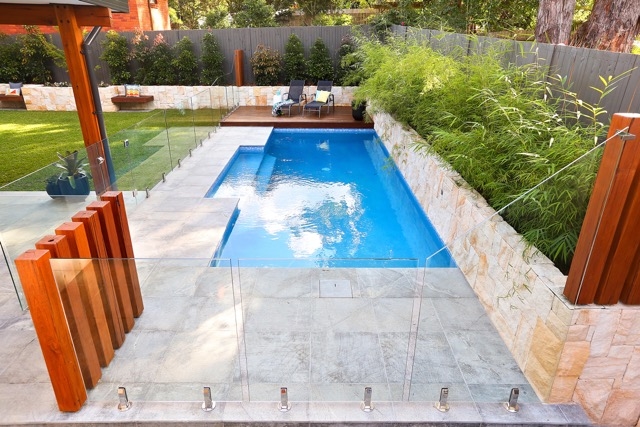 “The original space was very clunky, impractical and bland. A large pool took up most of the backyard, leaving a small uneven grassed area and a paved area with no pergola that became so hot in summer that sitting outside was almost unbearable,” says Natalie Roodenburg of Sand & Stone Landscapes.

The first stage of the process was to remove the existing pool and retaining walls and level out the backyard. “Once this was done, we worked with the owners to sketch out the finer details of the new space, including where the new pool was to be situated,” says Natalie.

An 8 metre x 3 metre pool sits neatly along the side of the property, surrounded by grey granite tiles that are complemented by a raised Spotted Gum deck at the back of the pool for lounging in the sun. A dry, stacked sandstone wall lines one side of pool, which then carries on around the perimeter of the backyard. 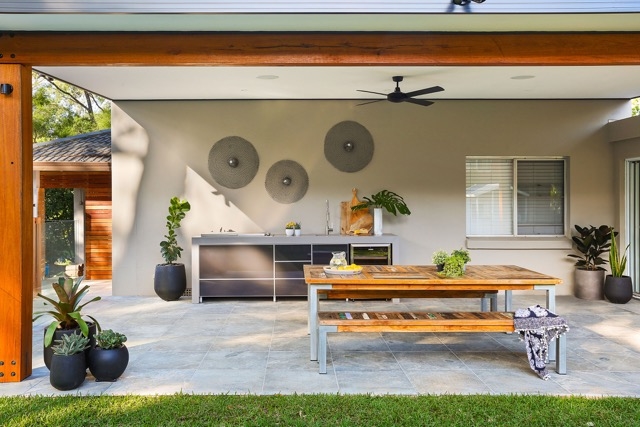 “We used weeping bamboo along the pool area and Elaeocarpus eumundi which will grow to give the owners privacy from neighboring properties. A Japanese maple sits as a beautiful feature tree at the back of the garden with two floating bench seats either side which is a perfect spot to relax and enjoy the space,” says Natalie.

“We installed a large pergola with built in lights, fan and speakers as well as an outdoor kitchen complete with barbecue, fridge and sink. The granite tiles used in the pool area flow through to the entertaining space also,” says Natalie. A small decking area off the house makes for a great spot for the owners to sit and watch their girls play in their cubby house too. 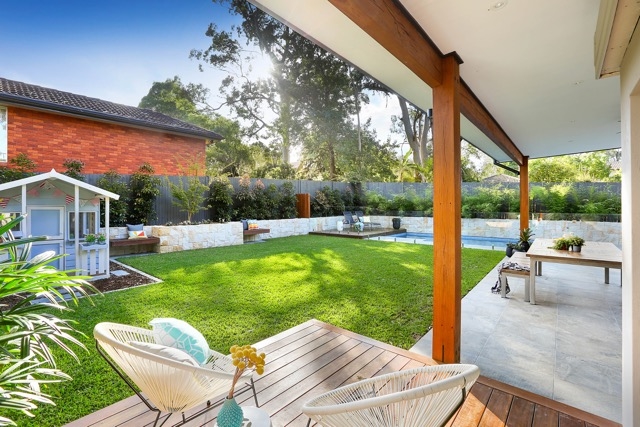 But the real feature of this backyard are the old recycled telegraph posts that hold the pergola roof in place. “We also used them as part of the pool fence to break up the glass panels surrounding the pool area,” says Natalie.