An extraordinary water curtain, six-point-six metre ceilings and tiles imported all the way from Spain – no expense was spared when building “Le Farah,” a one-of-a-kind six bedroom, six bathroom home in Sydney’s north-west.

“It was very important to have seamless indoor and outdoor integration and a very open plan layout,” said designer and owner Kate Nelson. “My favourite part of the home is that I feel secluded. When I come home, I feel like I’ve stepped into a beautiful oasis, yet I’m only minutes from the city which makes it very convenient. 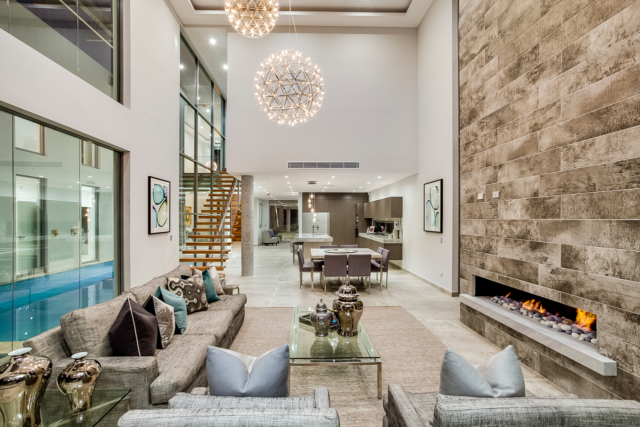 “I wanted to be the first developer to showcase luxury, high-end resort living in such a prestigious area. I believe you live once, and there are too many stresses in the world, so when you come home it should feel like a sanctuary. This home makes you feel that from the moment you walk in the front door, which by the way, is a huge three-metre cedar pivot door, that I personally designed and had handcrafted.” 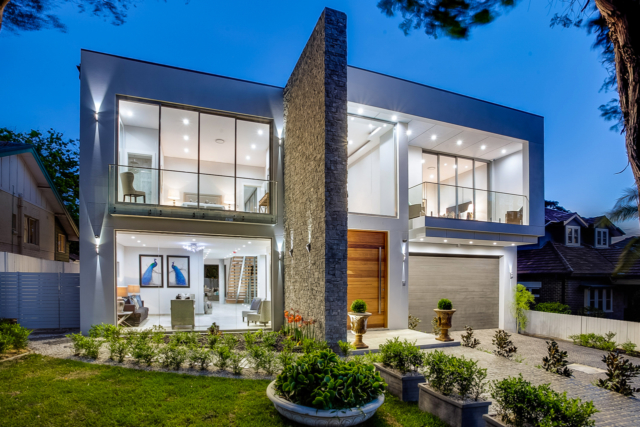 Expansive walls of glass, maximise natural light and draw the eye out to home’s centrepiece – a breathtaking water curtain, that creates a serene atmosphere as it trickles water into the saltwater pool below.

“The most challenging part was creating a one-of-a-kind, eight-metre water curtain. It took a large crane to bring the beams into place and a number of people on scaffolds to hold them, while another person screwed the beams into the walls. It was a mission but it just fits into the place so perfectly,” Kate says. 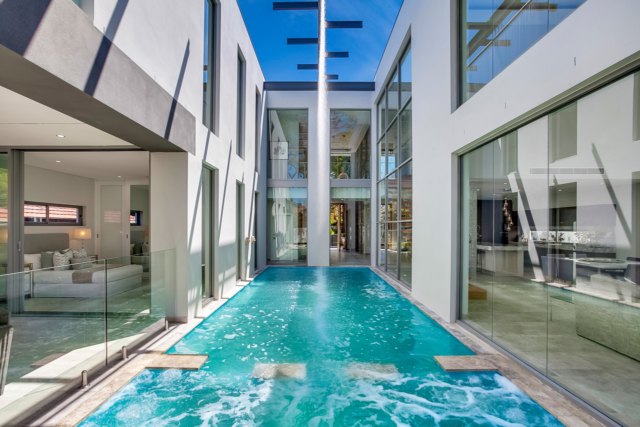 The open-plan kitchen features Italian marble with high-end Smeg and Miele appliances, while the fireplace is wrapped in natural tiles, imported from Spain. “I really wanted to incorporate the four elements –  fire, earth, water and air,” said owner and designer Kate.

“Fire is represented by the large fireplace. Earth is the nature stone walls that feature at the front of the home and extend into the large foyer. “Water is the large pool and spa that makes you feel like you’re in a tropical oasis, while air is all the walls of glass and large stacker doors to further integrate indoors and out,” Kate says.

So much to see on last night's Block room reveals

Trying to pair colours on the exterior of a house

Is it any wonder that once @studiodelcastillo reva

My kitchen before & after (from a time before reel

Award winning new build makes the most of natural surroundings

1970’s Melbourne home transformed to take in the landscape