A decade ago, Dinosaur Designs created a bespoke chess set with Louis Vuitton as a one‐off auction item for a grand charity event. Featuring oversized sculptural chess pieces in their signature, handcrafted resin and set in a bespoke Louis Vuitton trunk, the chess set remains one of the most exciting collaborations in the company’s history. 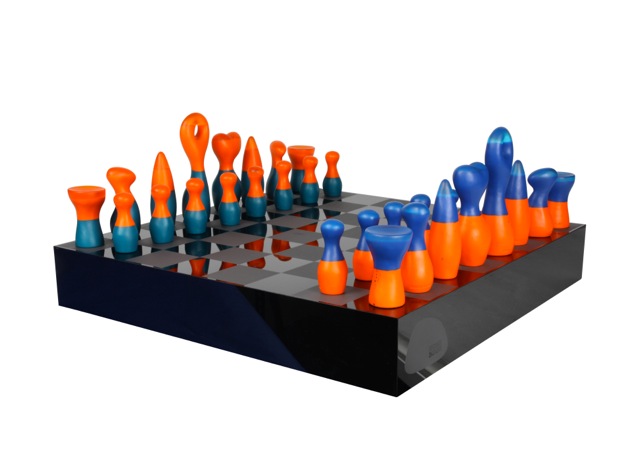 This year, Dinosaur Designs has re-­released the chess set as a limited edition extension to the brand’s latest collection, Modern Tribal. Only 8 sets have been produced, 2 in each of 4 colourways, ranging from organic putty neutrals to vivid orange, purple and blue tones. Designed by Stephen Ormandy, the set features an elegant black chess board which also acts as a case for the pieces.

As with all Dinosaur Designs objects, they’ve been crafted by hand in the Sydney studio. Each piece is made from resin — modeled, cast and polished by artisans — while the board has been rendered in black acrylic with squares etched into to the shiny surface to create a sleek and stylish box and board. 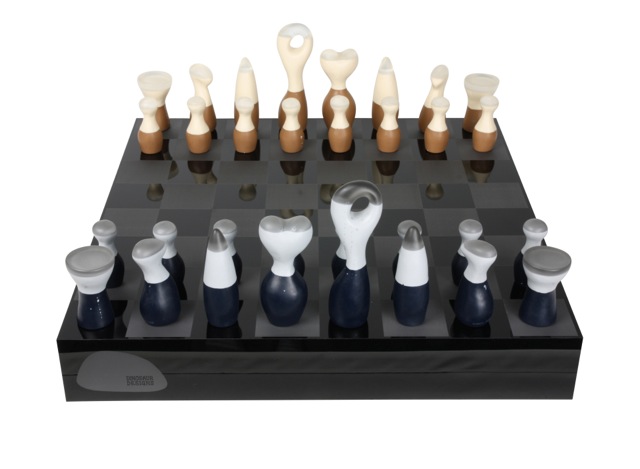