Houzz, the world’s leading platform for home renovation and design, has published findings from the annual Houzz & Home Australia survey. The study, of almost 10,000 respondents in Australia, has revealed the top trends in home design and renovations over the last year. 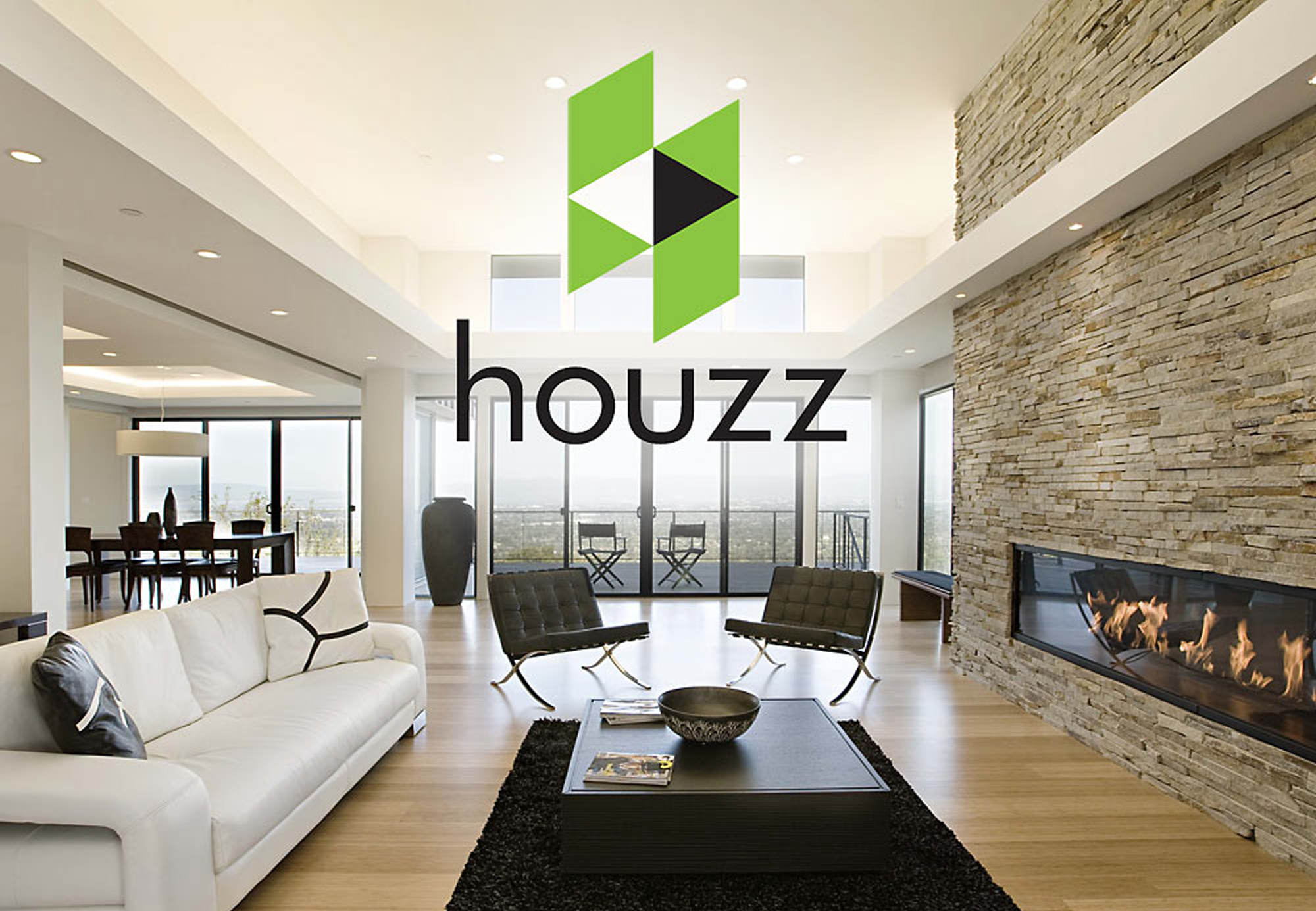 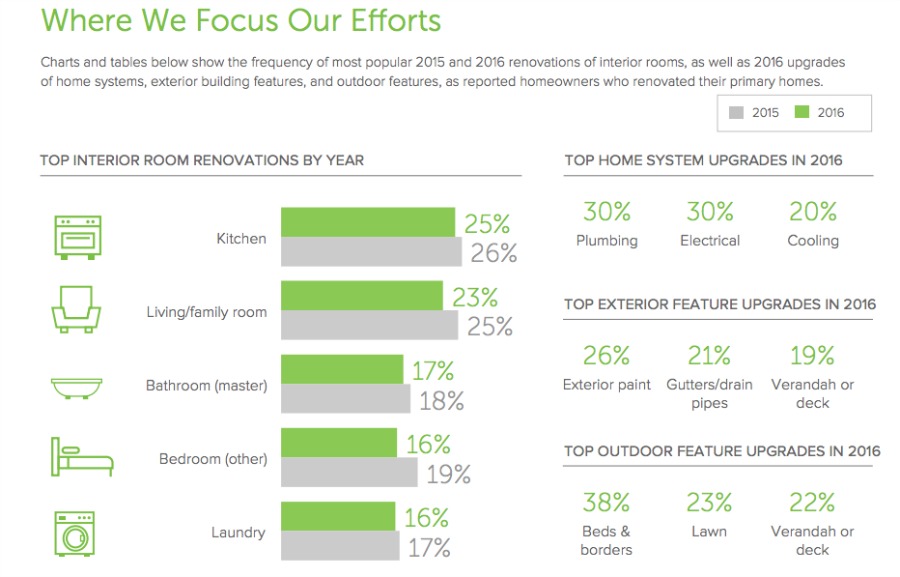 “2016 was another strong year for the home renovation market, with homeowners continuing to invest in their homes,” said Nino Sitchinava, principal economist at Houzz. “While the majority of renovations are spurred by homeowners’ desire to upgrade a home they have lived in for some time, recent home purchases are also an important driver of home renovation activity.”

Australia’s property market is as hostile as ever, as property prices have continued to increase over the last year. Figures rose by 18.9% in Sydney alone, according to Core Logic. In light of this, Houzz’s study has found that ONE in TWO homeowners on Houzz plan to renovate their homes, rather than sell them, indicating the change in buying and selling habits. These homeowners are choosing to invest in their current properties, instead of re-entering the adverse market.

An energy efficient home is a cost efficient future

While design and functionality top the list of renovation considerations (both 74 percent), almost half of homeowners consider energy efficiency extremely important to their projects (42 percent). To create more energy efficient homes, homeowners are installing home automation technology and solar systems during their renovations (8 percent and 7 percent respectively). Home automation is even more common among recent buyers (15 percent). 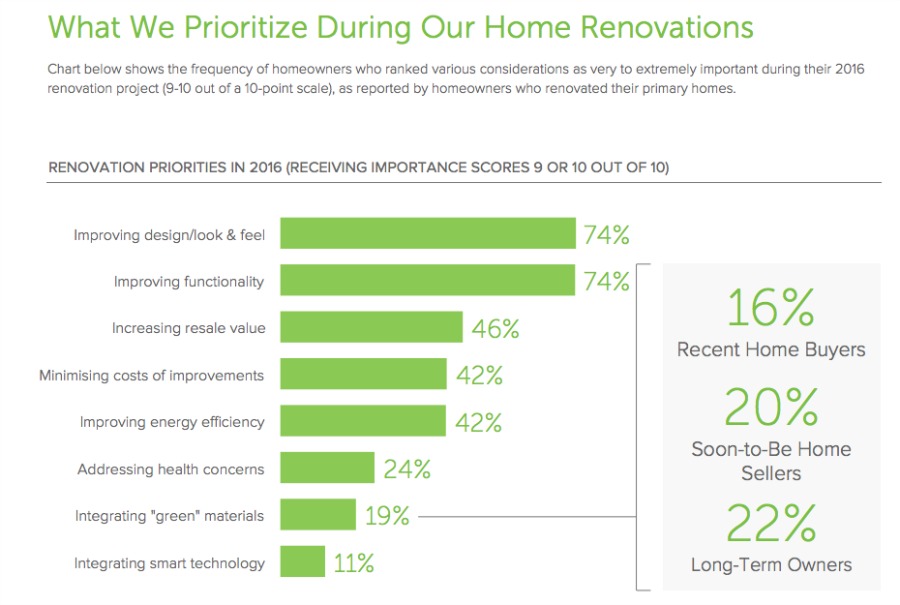 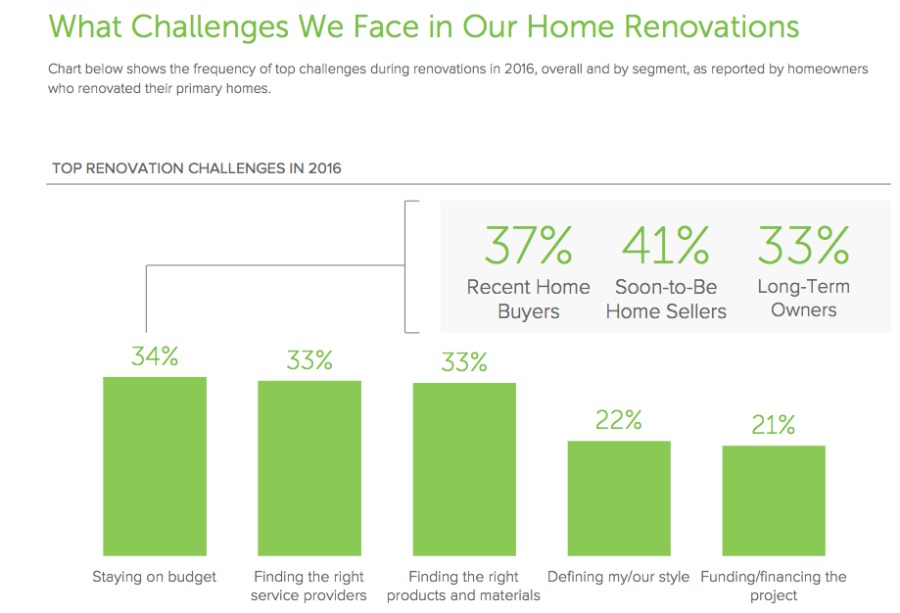 Pro is the go

Nine in ten renovating homeowners hired professionals for their renovation projects in 2016, consistent with 2015 (both 89 percent). Recent homebuyers are even more likely to rely on professional help than long term owners (92 percent versus 88 percent, respectively). 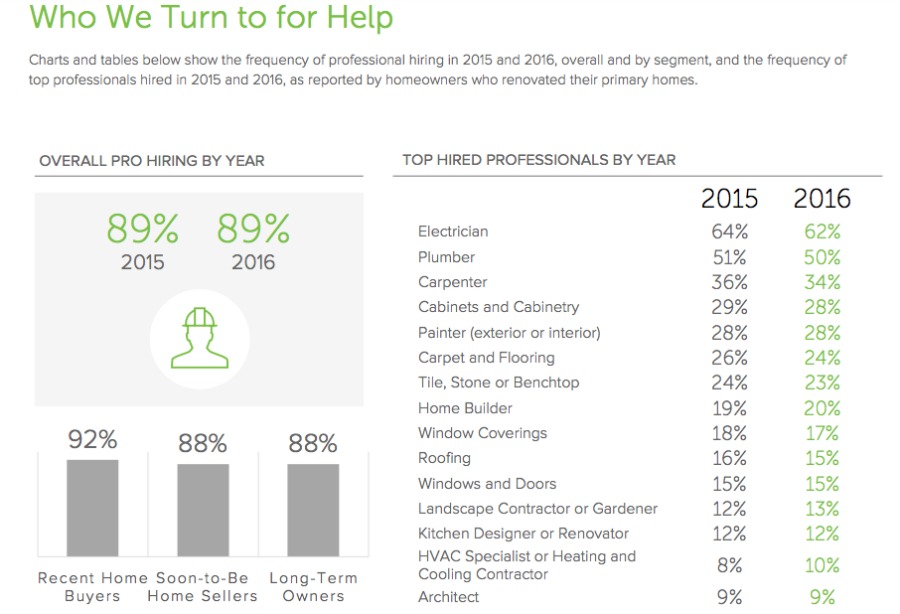 One in two homeowners on Houzz report plans to renovate over sell their homes (53 percent versus seven percent respectively).