Now running the successful Darren Palmer Interiors, with his work published in respected magazines, a regular interiors column in GQ and teaching at Coco Republic Design School, he’s come a long way since growing up in country Queensland and just quietly, we think he could be the next big thing.

At 27, after working in graphic design and advertising, Darren decided it was time for a career change. Around the same time, he bought and renovated his first apartment. “A dear friend who is an interior designer really loved what I’d done with the place. His business partner was overseas for three months and I asked if I could work with him and learn the ropes. He was really happy to include me in some projects. Belle Magazine published my apartment in their renovation issue and it all grew from there.”

Darren caught the public’s attention on Channel 9’s HomeMADE and also appeared on The Block this year. Wisely, he has focused on making the most of the exposure from HomeMADE, which even he admits, didn’t do brilliantly. “I came out of the reality TV world with a really positive experience. TV exposure helps you to build rapport with people that you haven’t met and it’s a great pre-qualifier as they’ve seen your work and feel comfortable with you because there’s credibility that comes along with exposure.”

Since the show, his business has grown, along with his personal style. “I’ve been featured in Belle’s kitchen and bathroom issue and named as one of their Mood Makers for 2011. I’ve had work featured in Luxury Homes Magazine and taught at the Coco Republic Design School. I was also fortunate to be a part of this year’s hugely successful The Block, which all probably would’ve been a lot harder had I not been given a start on HomeMADE.” Humble Darren is no celeb though. “Generally people forget who’s been on TV and for what within six months. You stop being recognised after a while!”

He simply describes his interiors style as natural, drawing from the colours and textures of nature.“Things like a sunset when the sky is those beautiful muted, desaturated colours after the sun is gone, to the textures of wood, stone, leather and sisal. I love anything that’s textural and real, not synthetic. I really like to create spaces that are inviting, relaxed and texturally diverse and layered yet refined, slick and sophisticated.”

Darren thinks this year’s reality renovation TV verged on overkill. “I think people only have enough space to care about a few shows at a time and fortunately the one I was involved with was that show, though I really feel for The Renovators’ contestants as this was a big deal, that would’ve taken a lot of energy and effort, with not as big of a reward after it finished as they might have enjoyed.

“In terms of the industry it’s a double-edged sword with the up side being that the viewing public are more literate in design, exposed to new ideas and are in some ways able to see how much work goes into design. On the flip side it does make design accessible which can make people think “Oh I can do that” which can tend to make it a little harder to sell your level of skill.

“I think as long as there’s integrity behind the way the genre is managed, and the products that are used, it’s more good than bad, and it’s certainly a great way to get noticed and get experience from a participant point of view. It was certainly my steepest learning curve to date.”

What’s next? “I have loved the direction that my career has taken in terms of speaking and writing so that’s definitely somewhere I will be putting energy and I would really love to be back on the box again. There’s a few focuses there but I’m confident I can manage it.”

Outside of work, he’s a self-confessed “massive dork”, married with a two year-old son, two dogs and a cat. “I like to train at the gym and generally be one of the least interesting people you’ve met. My big goals personally amount to trying to get a sleep in and being a good dad. Pretty boring but kind of wonderful.”

He recently bought an apartment in North Bondi which has new paint and floors but will one day have a major overhaul, plans for which are constantly ticking away at the back of his head. “For now it’s a really nice cosy home for my family with high ceilings and nice big 1930s proportions. I intend to make it the ultimate kid and pet-friendly designer house – an interesting brief but I have a good insight into how to fuse functional and beautiful.”

Tomorrow: Mistakes people make with decorating, how to get it right, why he hates feature walls and who he admires. 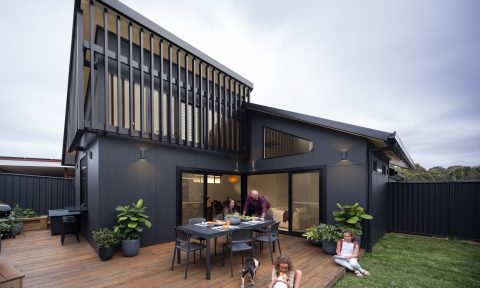 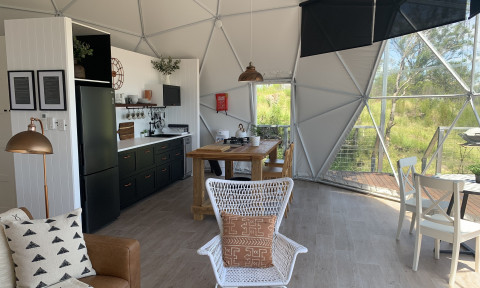 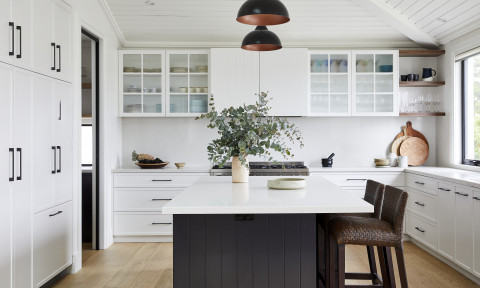 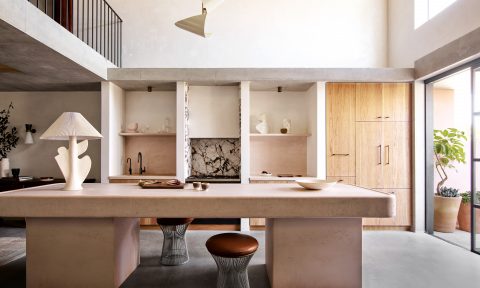 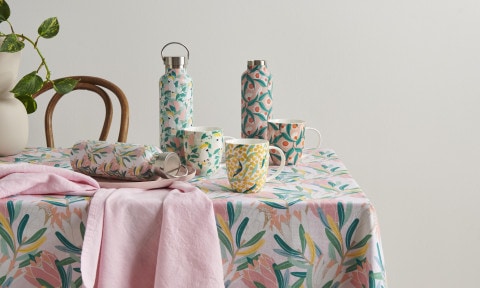 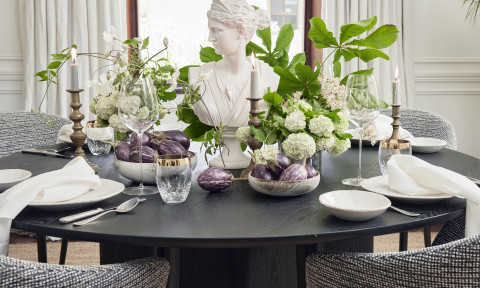 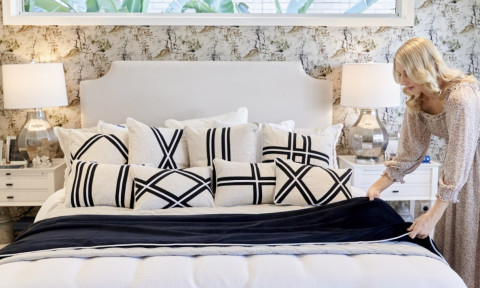 One woman’s unusual path from chemical engineer to cushion designer