Built in the early 1900’s and located in Sydney’s Kirribilli with sweeping harbour views, this federation home was renovated recently, and the result is unique, contemporary and light-filled whilst remaining sympathetic to the home’s heritage – certainly no mean feat!

Located on a sloping site in a heritage conservation area (where restrictions apply to both the front and rear of the building) the project’s architect Melonie Bayl-Smith of Bijl Architecture really had her work cut out for her. Not only did the home’s owners want a total overhaul of the existing house, while retaining its traditional, federation-style character, but they wanted a new family-friendly extension too.

“My clients asked that the materiality of the building fit with the idea of honouring the past with a ‘new tradition.’ Hence bricks very quickly became both ours and the clients’ first choice for the design,” says Melonie referencing the PGH Bricks dry pressed architectural bricks in ‘Black Beauty’ that were crucial to the renovation.

“Charged with the double duty of meeting the strict requirements of the Kirribilli conservation area while also complementing its semi-detached neighbour Doorzien House, which we renovated in 2017, a ‘masonry aesthetic’ was the ultimate solution. Not only does this allow it to form its own identity and provide continuity with the original dwelling, it also fits with the industrial, dark zinc cladding of its neighbour,” says Melonie. The brick solution also resulted in an aesthetic that disrupts the bland look of nearby rear additions.

“Moreover, the dry pressed range has a clean, sharp edge that allowed the brick units to resonate both at an individual level as the light falls on their smooth surface, and also as an impressive composition of both uninterrupted walls and columns framing the windows and doors. We used the same brick on a project several years ago, so knew it would look excellent with the black oxide mortar,” says Melonie.

Bridging old with new, exposing the home’s original bricks formed part of the new design too. The home’s existing brick arches were restored and the team at Bijl also exposed the multi-coloured traditional bricks that divide the two semi-detached properties, on the lower ground floor.

And unlike the original home, the new extension also takes full advantage of those magnificent Sydney Harbour views while opening up the lower ground floor to fully connect with the garden. 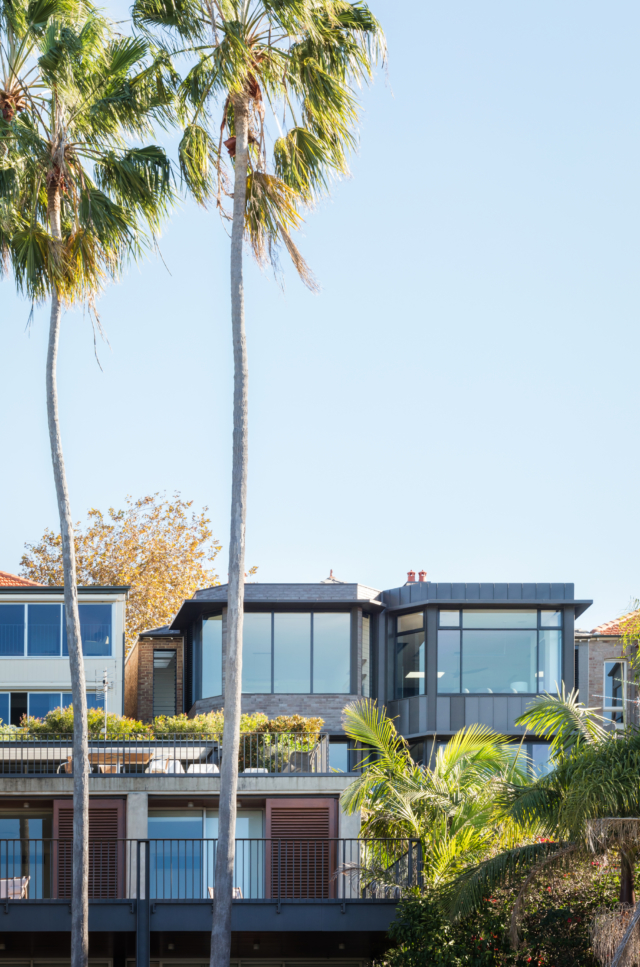