An architectural beauty, designed by Addarc Architects and Hecker Guthrie interior design, the Kew based pad is dripping with high-end finishes including Elba marble, polished plaster walls, oak parquetry floors and Italian joinery. The home also boasts a pool with a view and a Pinterest-worthy sculptural spiral staircase – an alluring mix indeed.

Owned by developer Paul Franze, the home was originally listed for sale in April 2020, right as COVID-19 began wreaking havoc. “The problem with having it on the market in April was that no one could inspect the property due to government restrictions. Pictures may paint a thousand words but a home like this really needs to be seen in person to build that emotional connection,” says Paul of the home that remains on the market.

The outdoor entertaining area includes a large, covered deck with Wolf BBQ, an outdoor fire and a solar/gas heated pool with spectacular city and bay views.

The master bedroom can be found at the top of the home’s aforementioned curved marble staircase, which can be reached via a lift too. Upstairs, there are three additional bedrooms (two with marble ensuites) and a stylish fourth bathroom and retreat. 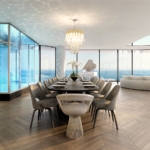 Step inside St Kilda’s $30 million dollar penthouse!
Luxury developer GURNER has just revealed plans for its impending St Moritz development in Melbourne and if the first-look is anything to go by, it’s set to be rather phenomenal.… 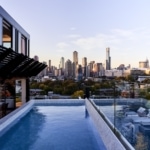 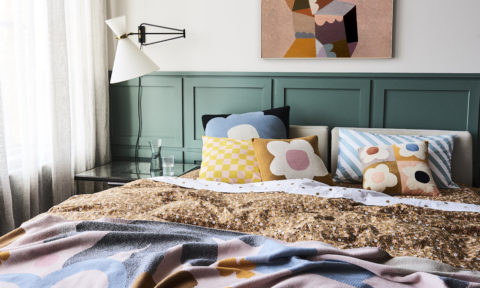 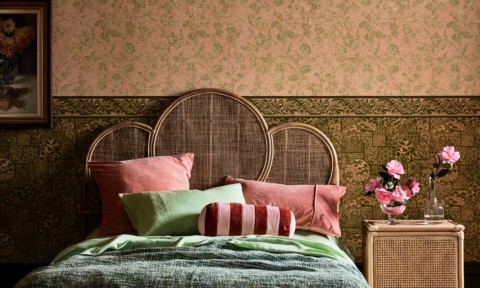 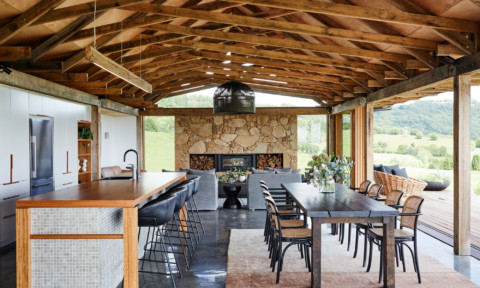 Byron Bay: The most luxurious farmhouse you’ve ever seen 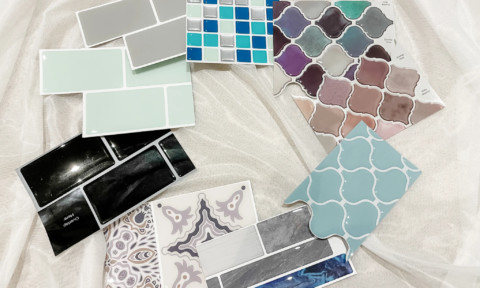 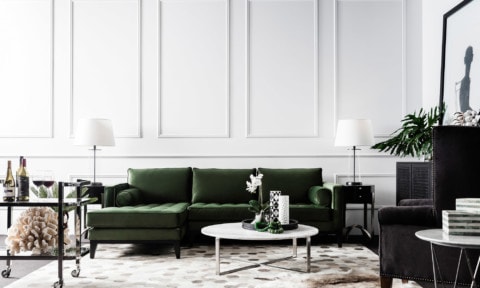 Australian made sofas: Bespoke, fast and better for the local economy 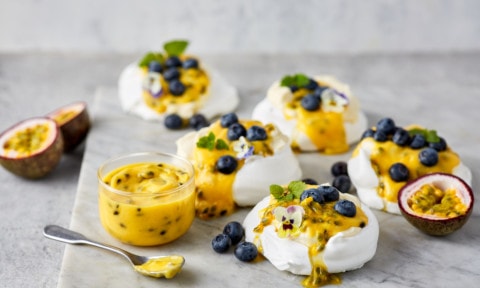 Sign up to our twice-weekly newsletter for all the best bits! Subscribe between now and March 31 for your chance to win a limited edition fabric artwork by Antoinette Ferwerda to use on your wall, table or however you like!
You must also follow Antoinette on Instagram for your entry to be valid.