Along the winding back streets and neighbouring beach trails of the Mornington Peninsula, is a hidden gem of colour and texture. A beach house turned modern full-time residence, Denis and Jura’s Blairgowrie property is layered with Japanese charred timber – known as Yaki Sugi – pre-cast artisan concrete and bold, colourful accents.

Denis and Jura aspired to create a bespoke home that responded to how they live and reflected their personal style. The Stylesmiths lead interior designer, David Puckering, collaborated closely with them to realise their vision via a truly unique design. It encompasses the interior architecture and decoration of the entry, living, dining and kitchen. Previously, these zones were overwhelmingly open plan with no delineated spaces to lounge, dine or sit quietly.

As a pharmacist with a strong passion for renovating, Denis has a history of designing shopfronts for his businesses. However, this project called for some experienced ingenuity, so The Stylesmiths were engaged, and it wasn’t long before ideas started evolving and the initially small brief extended to include a larger collaboration.

Heavily inspired by the couple’s existing collection of limited edition Alice in Wonderland lithographs by the late Charles Blackman, the vast space has an overall gallery feel centred around the six pieces. Soft furnishings and accessories in exuberant colours mirror the wild yet soothing energy of the images, bringing the fantastical story to life. Especially dreamy is the hand knotted Designer Rug by Dinosaur Designs that effortlessly anchors this vibrant lounge space.

In the entry hang, the original Blackmans are tastefully contrasted by the block multicolour piece that draws your eye to the end of the hall. The 1993 poster “Festival of Saint-Denis, France” was a perfect addition for owner Denis given the name, encapsulating the couple’s love of interesting art that provokes emotion. The enormous piece replaces what was previously a glass door leading outside to the entertaining area by the pool, but the sight of the BBQ and lounge chairs left no room for imagination – now visitors are required to peak around the corner to discover more.

Stepping down from the entry into the generously sized living space, it’s easy to appreciate the benefits that having an integrated island entertainment unit brings. The new addition not only provides an architectural focus to orientate furniture around, it also breaks up the floorplan and forges two distinct zones that establishes much needed structure. The custom-built unit ties in the elements of the home, intersecting modernist minimal sensibilities with robust materials grounded in nature such as concrete, timber, blackened steel and handmade tiles.

Yaki Sugi charred timber wraps around the exterior of the home, harmoniously blending with the surrounding native vegetation and doubles as a fire-resistant façade. The timber is also applied inside the home as a feature wall in the lounge introducing a sense of connectivity that balances out the entire design. The timber panelling has been oil bent and left to set with a snake-skin texture that adds depth, presenting the perfect stage for one of Blackman’s lively lithographs, continuing down to conceal push-door storage. Below the blackened timber is a large plinth of polished concrete extending the width of the room, another nod to refined organic materials. The new entertainment unit mimics this previously existing plinth, duplicated by the same local craftsman designed specifically for fireplace and TV cabinet to sit.

Custom joinery set on cast concrete was designed to ensure the unit looks as discreet with doors open and TV on, as it does closed when the neighbouring fire is alight. The technical door mechanisms are but one layer of this deceptively simple construct – brass mirror panelling around the foundation creates the illusion that the concrete is floating. To accommodate the heat emitted from the Oblica fireplace, a layer of blackened steel wraps around the TV compartment to protect it. Treated with an acid wash which naturally oxidises the steel, the nuanced and random effect observed up close adds the element of “perfectly imperfect,” which Denis and Jura adore.

Slim, cream brick tiles cover the reverse side of the central unit that divides the living room from the dining area. The handmade tiles are made with sand granules that subtley allude to the coastal setting and enhance the visual impact of the dark Aboriginal portrait layered on top.

In the kitchen, original washed timber, grey splashbacks, and cream pendants typical of beach house style, have been given an upgrade with dramatic accents that continue the moody theme. Stylish matte black cabinetry and bronze mirror splashbacks add an organic warmth, matched in the pendant that adds functional light along the island bench.

David notes how important it is to be guided by your clients. “They understand the quirks of the house more than anyone.” Thus, when Jura insisted the island seating wasn’t practical for them, additional custom storage was an easy solution. A set of drawers now sit under the bench in the same veneer as the cabinets, with a hidden tech station in the middle drawer maximising the space. Similarly, open wine squares were covered to create a camouflaged bar unit that doesn’t distract from the more important elements. All new European appliances in black blend into the design, essential for any enthusiastic cook.

This reinvented mid-century project is a series of balances between colour, material and character, linked via lighting design chosen to create drama and contrast. Drop track lighting is positioned to highlight Blackman’s flamboyant artwork around the lounge and dining areas, which are all encased in museum glass to prevent any reflection or damage. Flush mounted spots that have been matched to the drop tracks providing more utilitarian light, whilst the dining pendant builds on the layers to create pools of light that fill the space with personality. 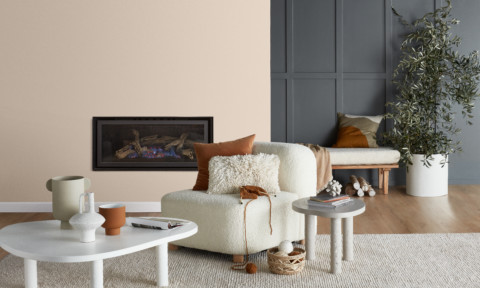 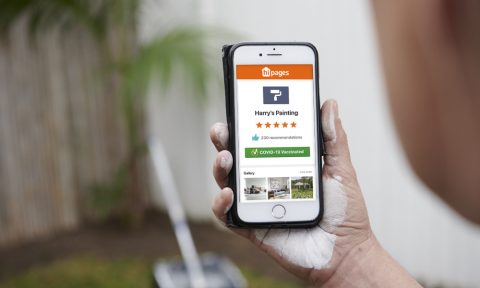 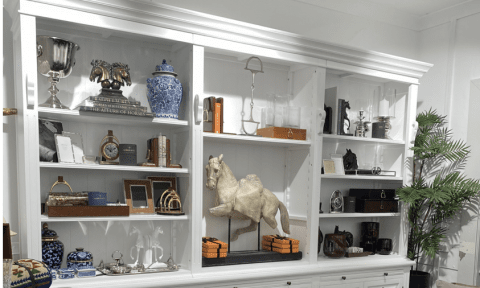 Before & after: A fabulous Brisbane family home reno 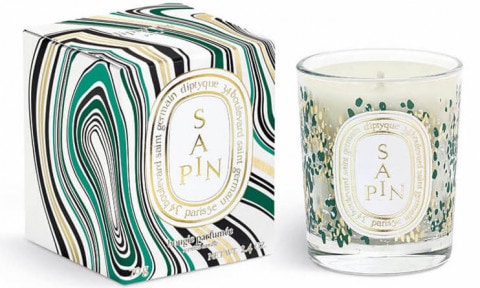 Christmas candles 2021: The most stylish and best scents

GET YOUR FREE eBOOK!

We promise not to share your details with any third parties and you can unsubscribe at any time.

x
Share this ArticleLike this article? Email it to a friend!
Email sent!